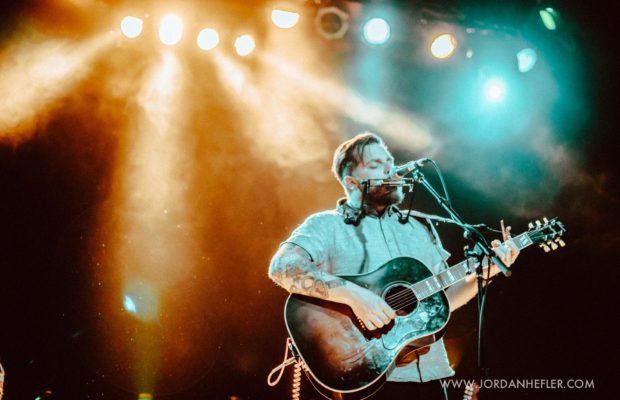 Opening the show was Manchester Orchestra’s Robert McDowell, who plays solo under the name Gobotron. McDowell’s clean, crisp voice was a sharp contrast to his grittier Nirvana-esque guitar riffs, kicking off a night of emotional music by all three acts.

Andy Hull was up next, and brought many members of the crowd to tears with his very personal approach to songwriting and lyricism. His wit on stage and between-song-banter was lighthearted, only to turn back into serious musicianship as soon as he started each song. Hull was extremely down to earth while on stage, like when he messed up a song and genuinely said “that’s not right” and started over again, or like when he began to play “Stairway to Heaven” as tech changed his mic.

Closing out the night was Thrice vocalist Dustin Kensrue, who promoted live covers off of his latest album, Thoughts That Float on a Different Blood. Kensrue proved himself multi-talented by opening his set with a harmonica around his neck while also playing guitar. The crowd was audibly excited to have Kensrue come on stage, and given the nature of him playing a lot of well known covers, sang along for much of the set.

Each artist of the night provided deeply authentic performances that created a tangible tension in the air. The night may have been acoustic, but it was amplified by the bare bones of their songs and the stripped nature of performing alone.

Words and Photography by Jordan Hefler