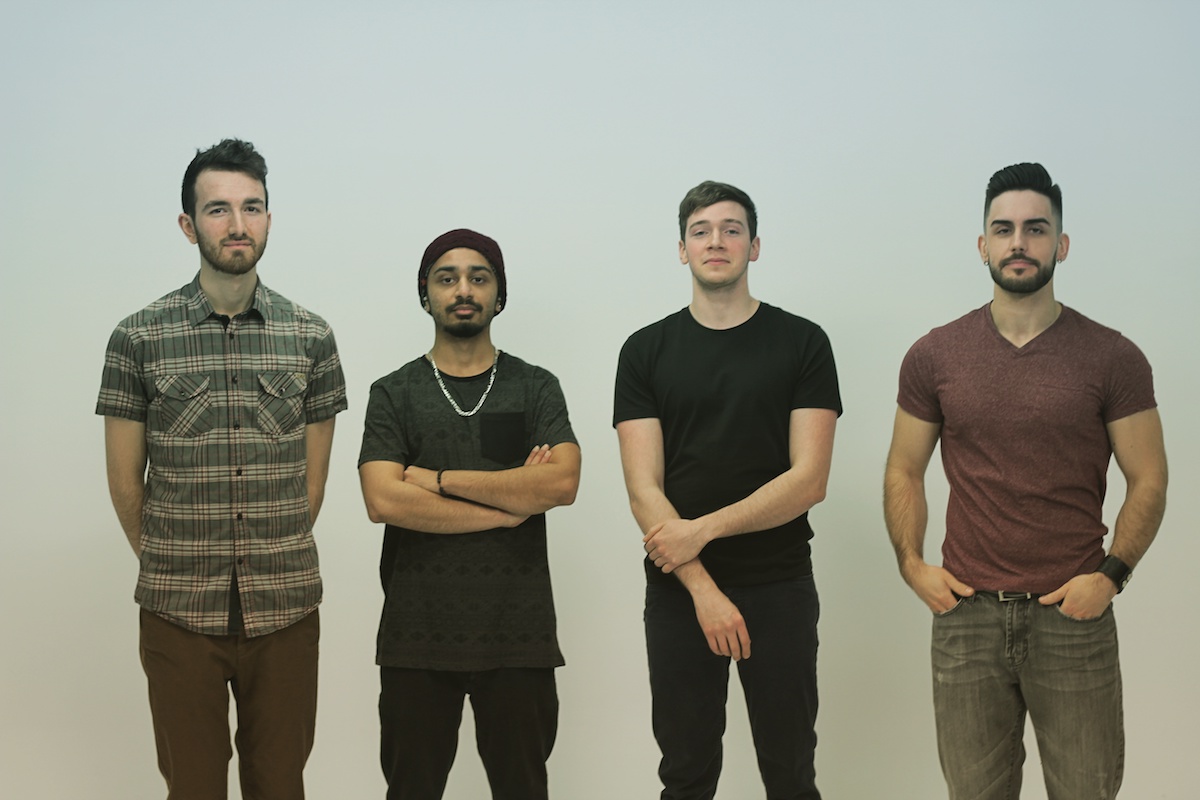 Dog Drive Mantis is the Toronto (Mississauga)-based sonic brew of Derek Serbin, Mike Papaloni, Carmen Haines and Neilroy Miranda.  Since their formation in October of 2015, the band has blended progressive indie post-rock with jazz fusion, always exploring new ways to add to the experiential mix that is their music.  With raw tracks that keep their listeners engaged with the changes, Dog Drive Mantis shares the water with Tortoise, Do Make Say Think, Jaga Jazzist, Snarky Puppy, Streetlight Manifesto and Vulfpeck.  DDM aims to make each song a journey.  They move along in a progressive format through each section, continuously reinventing previous motifs as the track develops. Serbin’s carefully constructed and super melodic woodwind lines find support in Papaloni’s colourful guitar harmonies.  Miranda’s drums lay down the band’s foundations and deep groovy pocket, while Haines’ thick bass elevates them.  But at the core of it all, Dog Drive Mantis is a fluid–able to take on different forms and flow at different velocities through a multitude of different musical situations–although never really confined to any.

The band recently released their latest single and music video for “Volta”. “”Volta” was inspired by the imagery of a lighthouse on a desolate shore where the surrounding waters begin calm but quickly turn frenetic and frantic, working its way up to a cascading storm that reaches a breaking point before returning to a disoriented but calm state.  The music reflects all of these changes that the imaginary setting experiences.  Beginning and ending with a droning pulse that mimics the swirling glow emitted from the lighthouse”, says Haines.  You can follow the band and stay up-to-date on all upcoming band, music and tour news via the following links.  Photo credit: Zarrar Salik.