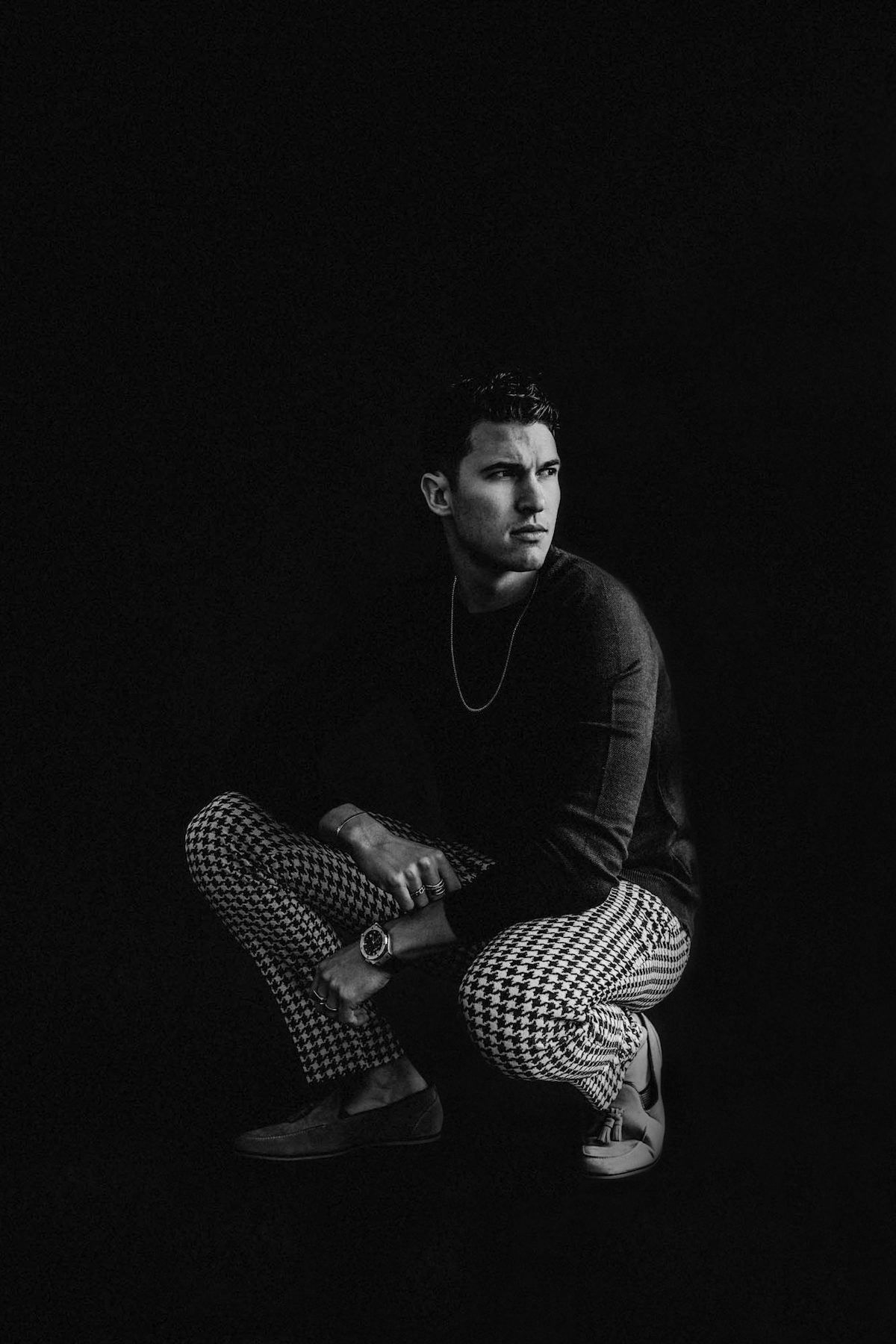 Buzzy singer/songwriter CAL has released the official video for his new single “So Cal“.  Featuring Google Earth’s 3D imagery, the video takes viewers on an aerial tour throughout picturesque Los Angeles, the city that inspired the song.  CAL hosted the official iHeartRadio Music Festival social livestream this week alongside cohosts Justina Valentine (MTV’s Wild ‘n Out) and Natalia Perez (iHeartRadio’s What’s Trending with Natalia Perez).
On the heels of a hiatus from the gold-selling pop phenomenon TIMEFLIES-which he co-founded- CAL embraces a wider emotional and sonic spectrum than ever before.  CAL is gearing up to release a new collection of music dubbed The Identity Crisis, and it serves as his most personal project to date.  “I wanted to say things that related to where I am in my life now and explore my identity more,” he says.  “As much as I Iove performing with TIMEFLIES, I wrote some of those songs in a dorm room.  I’m not the same person.  I had to write about my life and what I’ve learned.  I had to communicate my journey.  I don’t think I knew how until now.”
He’s been in the studio working with other collaborators such as The Chainsmokers, Cody Simpson, Quinn XCII, Breanna Yde, Johnny Orlando as well as writer/producers Justin Tranter (Justin Bieber, Selena Gomez, etc), Daylight (Shawn Mendes), Jorgen (Pink, Imagine Dragons), Hiko (Khalid) and many others.  Outside of music, he continues to evolve in the worlds of lifestyle, fashion, and activism.  Not only does he remain an investor and ambassador for Thursday Boots, but he also supports Nothing New, which builds shoes from recycled materials.  You can follow CAL and stay up-to-date with all upcoming music, artist and tour news via the following links.  Photo Credit: Dalton Misner.
Spotify | Instagram | Twitter | YouTube