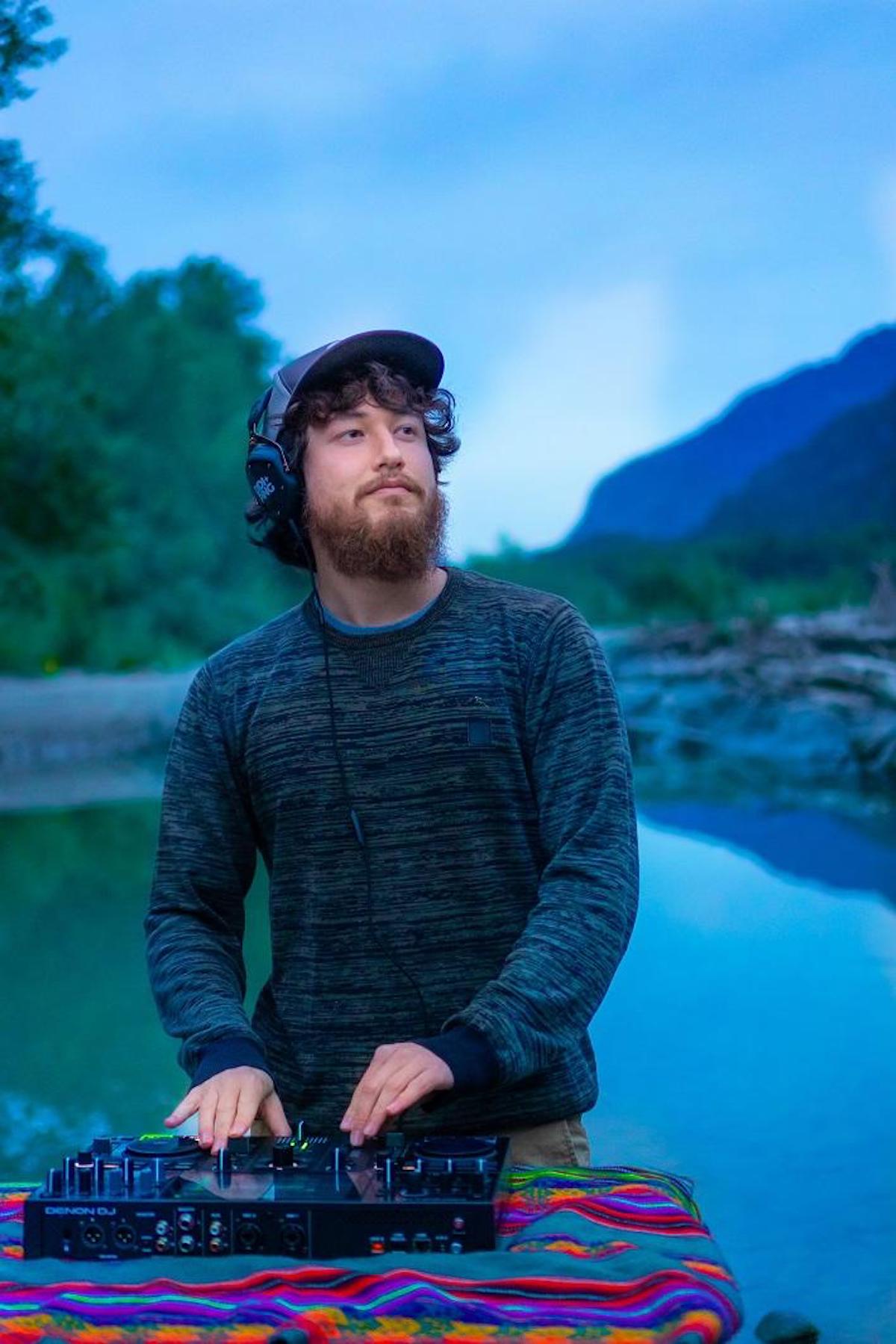 Electronic artist, multi-instrumentalist and experimental producer, Didi+ Ping, named an “Artist You Need To Hear” by DJ Mag, has released his action-packed two track EP Pathfinder + Solitude. On Pathfinder + Solitude, adventure calls. “Pathfinder” leads the charge with fiery mallet percussion and rubbery bass-lines that beckon the listener from beyond the horizon. This epic song is an inspiring force, made to spark fire on the dance floor. Comparatively, “Solitude” is a gentle thought, classically composed to soothe and relax with emotional chords and lush violins. It is a fitting companion track that summons serenity for those who feel they take the road less travelled.

“I often feel discouraged to explore these days, so I made these tracks as a reminder to myself that I come from a line of explorers – my ancestors travelled to exotic lands, sometimes out of necessity,” shares Didi + Ping. “Life is far more exciting to me when I remember that. And honestly, we’re all explorers in some manner – we’re all on the frontier of some idea or place. Our very lives are a journey into the unknown! I want to celebrate that uncertainty, that excitement. Adventure calls us. Come with me and take the first step.”
Kristian Wang, who performs under the moniker of Didi + Ping, fuses the two powerful forces that have always driven him: music and his natural surroundings. Didi + Ping’s intricate soundscapes are as boundless as the vistas Wang recalls from his youth. Each production is infused with lilting melodies, emotional chords and mesmerizing instruments, thoughtfully composed to celebrate Wang’s robust musical proclivities, his rustic upbringing, and the colorful personalities who shaped him. The moniker itself, “Didi + Ping” pays homage to Kristian’s rich Asian ancestry. “Didi” means “younger brother” in his family’s native Mandarin tongue, and doubles as a shoutout to his sibling, with whom he’s created homespun grooves throughout the years. “Ping” is Wang’s Chinese namesake, and a powerful reminder of his ancestors’ storied past. As a descendent of grandparents who fled China during the civil war in search of a better life in Canada, he is no stranger to the notion of embracing the unknown. And that concept is exactly what Didi + Ping strives to illuminate in his buoyant tracks, which unveil a unique take on deep and up tempo melodic house, and showcase his talents as an accomplished multi-instrumentalist and experimental producer.
Didi + Ping recently released out of this world house track “Rings of Saturn” exploring one of his greatest passions: outer space. Luring in the listener with a moody bass choir, previous single “Pharaoh” explores the tombs of Ancient Egypt’s divine monarchs. “Take Flight” explored  flying being an ancient dream of humankind. On the track, Didi + Ping demonstrates his compositional prowess and atmospheric production sense with silky-toned violins and an uplifting drum beat. These charming ingredients create a wishful song that will carry you high into the sky and take you for a drive on the “infinite highway of the air.” Debut single “Buffalo Jump”, which was featured on TIDAL’s Rising Electronic playlist, is a smooth house cut captures the spirit of the wild featuring melodious flute trills, vigorous hand drums and fascinating samples of a Native American pow wow recorded by a group who still inhabit Alberta, Canada, not too far from where Wang grew up in Calgary. Through captivating tones and weaving rhythms, Didi + Ping honors the mysteries of the planet, the serenity of nature and the collective spirituality that these aspects have evoked in civilizations throughout the ages.  You can connect with Didi + Ping via the following links.  Photo credit: Joey Kraft.
Facebook | Instagram | Twitter | SoundCloud | Spotify | iTunes/Apple Music | YouTube | Audius | Deezer | Bandcamp