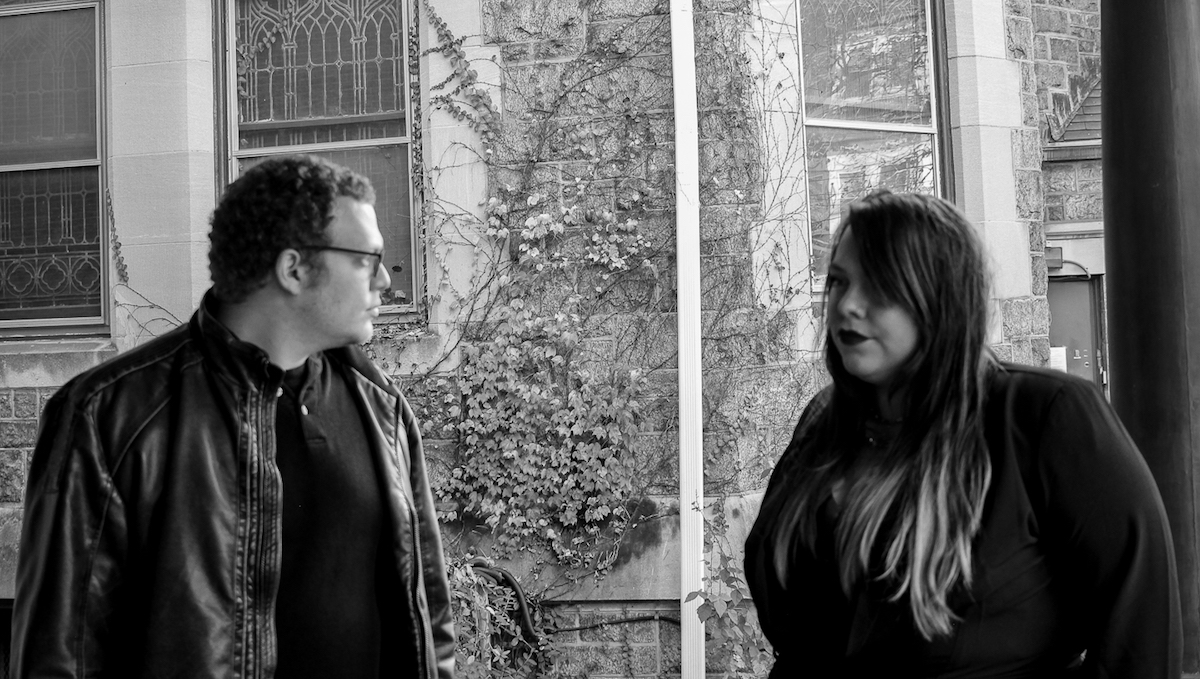 “Our debut album DIGITAL BONFIRE was all about isolation, loneliness and dealing with anxiety, especially in the face of the pandemic,” says Adam Laub, one half of the electronic-indie duo DECOUPLR alongside vocalist Bailey Walker. “We tried to send messages on the album that it is okay to reach out to the people closest to you when you need help. This new release has been a chance for us to fulfill that message by collaborating with so many wonderful people.”  With this philosophy in mind, the duo called on their web of close friends and talented musicians and gave out the keys to unlock their 11 tracks to remix, remake, remodel. Today they will be releasing the result, RECOUPLR: DIGITAL BONFIRE REMIXED, a reinvisioned interpretation of the original album with each track remixed by a different artist.

“We made it a point to only have musicians that we are close friends with on the record, so we thought we had an idea of what each person would do but everyone really surprised us with what they came up with,” adds Bailey. “Martronimous reinterpreted ‘Cold Sweat’ into this jazzy, smooth, slow jam and turned the rhythm around in a way we did not expect at all. Samurai Mack turned our track ‘Punchline’ into the wildest breakbeat track that has so many unique sections and transitions that the first time we listened, we had no clue what was coming next.”

DECOUPLR made glimmering technicolor waves with the release of DIGITAL BONFIRE in February 2021. They caught the ear of Under The Radar who offered the description, “Thick trip hop percussion, atmospheric synths, and languid melodies provide an icy instrumental backing… Walker’s vocals stretch across the cool digital soundscape, presenting a sensuous invite for stolen warmth,” while John Diliberto of nationally syndicated public radio program Echoes (PRX) said the band was, “Tapping a deep vein of soulful synthesis.” WXPN’s The Key lauded the band for “exploring the intersection of digital and organic sounds,” and their hometown paper Philadelphia Weekly described their music as “Moody synth-phonica” dubbing them “West Philly’s favorite icily electronic music making couple.”  For RECOUPLR: DIGITAL BONFIRE REMIXED the duo gave their remixers full creative control, resulting in a cosmically eclectic array of sounds. From Rose Lee’s stripped back take on “Keepsake,” to Martronimous’ mellow and jazzy “Cold Sweat,” Chromacle’s dancy, sparkling mix of “Changes,” the animated odyssey of Samurai Mack’s “Punchline,” emū’s percussive and effervescent take on “Back To That,” to ambient and noise band Tidal Archive’s primordial, euphonic soundscape stretched out of the album closer “Osage,” each remixer found a sound completely unique, while finding cohesiveness in the backbone of DIGITAL BONFIRE’s original manifestation.  DECOUPLR is Adam Laub and Bailey Walker.

Inspired by musicians such as Lianne La Havas and Talking Heads, Bailey started her solo career in Savannah, GA performing with local musicians Rich Animals. After recording a solo EP under the name Bailey Mae Walker at Low Watt Recording with Sean and Brendan Kelly of A Fragile Tomorrow, Walker moved to Philadelphia and began performing live with local neo soul group, Likebirds.

A long time resident of the Philadelphia music scene, Laub played drums in local wacky indie pop band, OhBree, before starting Sleepless Sound Studio with other Philadelphia area recording engineers. Laub has released electronic and trip hop music under the name <radioaddict> and annually produces and performs in a 24 hour long live streamed noise and ambient music performance as a member of the noise and ambient music collective, Tidal Archive.

You can connect with DECOUPLR via the following links: