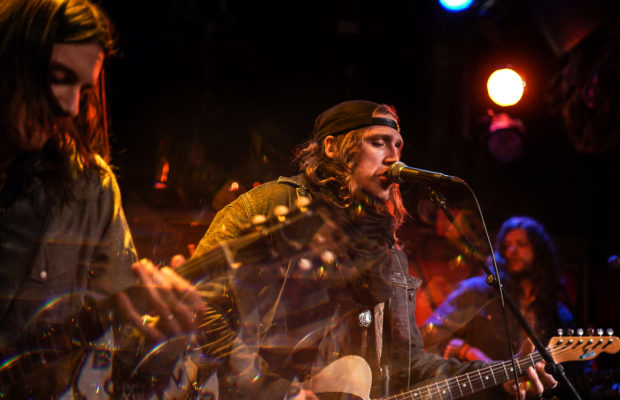 Words and photos by: Stefanie Dabs

One of the best feelings in the world is being able to see a band in a great room. On November 28th Bishop Gunn played to a packed stage 2 at Rockwood Music Hall in NYC to a room full of fans from near and far.

Bishop Gunn hails from Natchez, Mississippi —their sound is a blend of soul, rock and roll and blues and consists of vocalist Travis McCready, Drew Smithers on guitar, Ben Lewis on bass and Burne Sharp on drums. They played songs off of their album Natchez that was released in May of this year. The album was worked on down at the legendary Muscle Shoals Sound Studio and FAME Studios, as well as The Purple House in Leiper’s Fork, Tennessee with Grammy Award-winning producers Casey Wasner and Mark Neill.

Be sure to follow them on socials and go to their show if they tour near you. You will have a fantastic time.