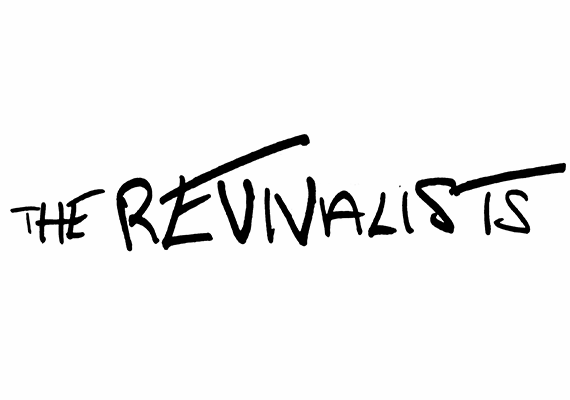 David Shaw of The Revivalists will be hosting the “Big River Get Down presented by Miller Light” on September 7th at RiversEdge Amphitheatre in Hamilton, OH.  The event is a special one for Shaw, the charismatic frontman of chart-topping rock band The Revivalists, as it’s turned into a national destination for fans across the country as he gives back to his hometown community that has given so much.

Marking the fifth anniversary of Big River Get Down, this year’s event includes “An Evening with David Shaw” on September 6th, an intimate solo acoustic performance part of the JAM!LTON VIP Experience package (you can find details HERE).  On September 7th, the event will feature a headlining performance by The Revivalists with additional performances by The War And Treaty, Brent Cobb, Southern Avenue, Neal Francis, and Chris Gelbuda.  All proceeds from the festival will be donated to the City of Hamilton’s 4th of July fireworks and RiversEdge Concert Series. Since its inception in 2015, David Shaw’s Big River Get Down has donated more than $80,000 to these events and has helped attract other talented musicians to perform free concerts at RiversEdge Amphitheater.

The Revivalists – David Shaw [lead vocals, guitar], Zack Feinberg [guitar], Andrew Campanelli [drums], George Gekas [bass], Ed Williams [pedal steel guitar], Rob Ingraham [saxophone], Michael Girardot [keyboard, trumpet], and PJ Howard [drums, percussion]— have garnered more than 300 million total streams, have drawn praise from the likes of Rolling Stone, Billboard, Buzzfeed, Entertainment Weekly, USA Today, Salon, HuffPost, Grammy.com, Alternative Press, Uproxx, Flaunt, Nylon, and more, and have performed on The Late Show with Stephen Colbert, Jimmy Kimmel LIVE!, Ellen, TODAY and Conan, with an upcoming appearance on Austin City Limits. The Revivalists had been grinding for 10 years when their now platinum-selling single “Wish I Knew You” took off. The new album Take Good Care (Loma Vista Recordings) captures the whirlwind that ensued, from celebratory anthems to cathartic moments and their most personal songs yet, including the #1 Triple A and Top 5 Alternative single “All My Friends” and new #1 Triple A and Top 15 Alternative hit single “Change.” They were nominated for a Billboard Music Award and two iHeartRadio Music Awards, were named Billboard’s Top New Rock Artist of 2017 and have three years of back-to-back sold out headline tours in their biggest venues to date, including Red Rocks and two back-to-back nights at NYC’s historic Beacon Theatre. David Shaw’s Big River Get Down will follow The Revivalists’ U.S. headlining tour which is currently underway and has seen the band selling out their biggest venues to date.  You can follow the Revivalists via the following links!  You can learn more about the “Big River Get Down” HERE.  Check out the video for “Wish I Knew You” below.