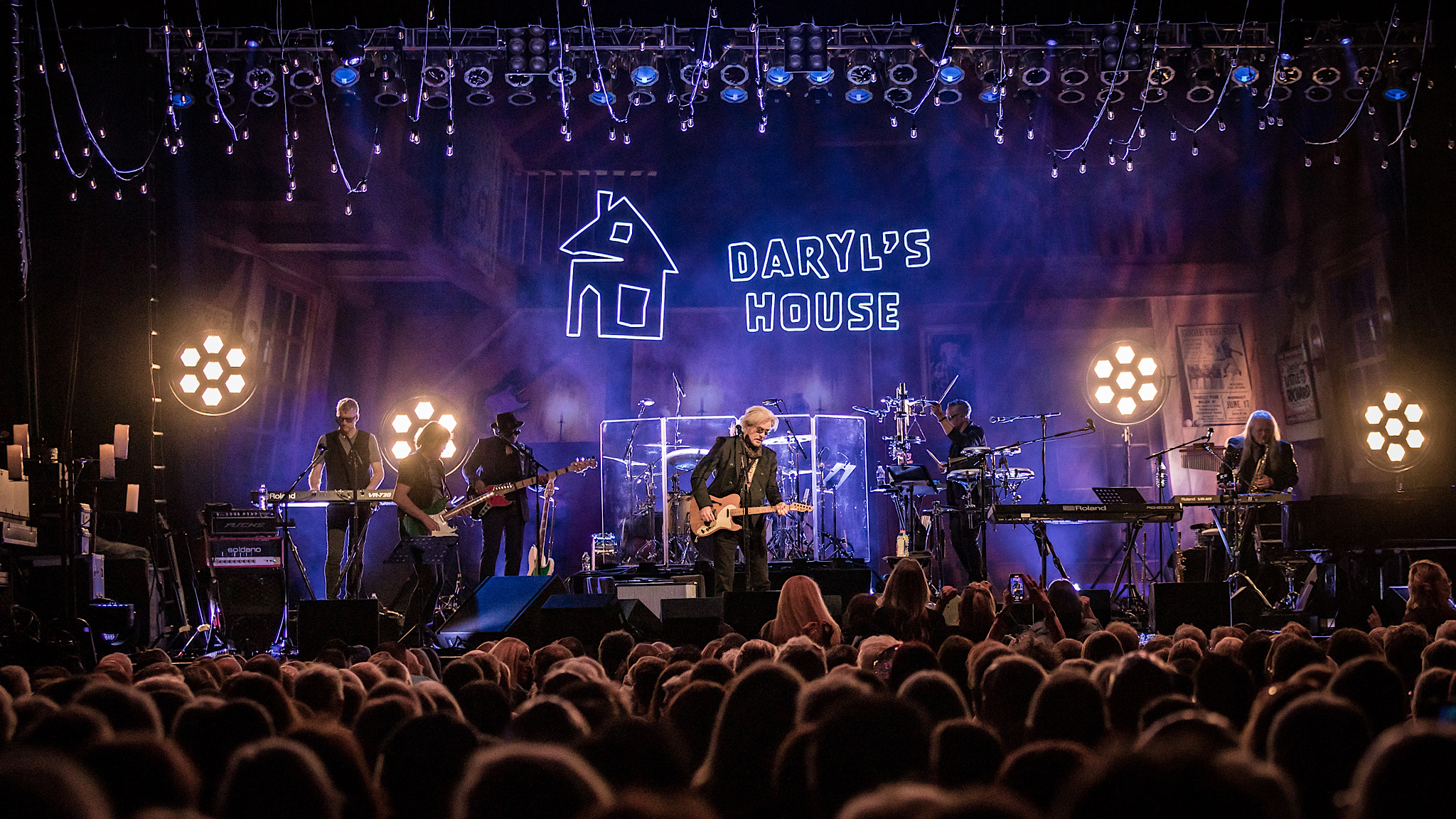 Legendary Daryl Hall, one half of the duo, Hall & Oates took the stage as the headliner at the MGM Casino Northfield Park Thursday evening.  This is part of his solo tour supporting his latest release, BeforeAfter.  Todd Rundgren took the stage first to begin the almost three-hour show.

Todd opened the show with “Real Man”, greeted with a standing ovation and the ovations continued through his sixty-minute set.  He was accompanied by Daryl Hall’s house band.  Small talk between songs was replaced with more music, maximizing the hour set.   Mid-set, ditched the sequenced jacket for “Pearly,” his electric guitar.  Joking with the crowd, “Let’s see what pearly has in mind” and proceeded to continue his set with such songs as ‘Buffalo Grass’ and ‘Black Maria’.  Rundgren ended his part of the show with the high energy ‘The Want of a Nail.’

Daryl Hall took the stage a few minutes before nine and treated the crowd to a ninety-minute musical experience “playing various songs of various areas” including his solo and Hall & Oates hits and a few covers.  The musician performed the set by playing guitar, piano or his iconic keyboard. The show consisted of a nostalgic, yet homelike and familiar atmosphere, as if the venue was transported to an episode of Daryl’s House.  Daryl even hinted that new episodes of Life from Daryl’s House may be in the works soon after the extended Covid break.

He opened up with ‘Dreamtime’ and ‘Its Uncanny’ taking a moment in between to raise the energy by encouraging the crowd to stand and dance.  Daryl even showed off some of his own moves during the rock and soul version of ‘I’m in a Philly Mood.’Taking a moment to honor long-time Hall & Oates bassist, T-Bone (Tom Wolk) prior to playing `Problem with You (Bone’s Last Ride).’  Hall performed from a baby grand piano on ‘Sacred Song’ and without skipping a beat, he and his band went right into the high energy favorite, ‘Babs and Babs’, trading the piano for his electric guitar.  Concluding the regular set was a beautifully haunting cover of the Annie Lennox and the Eurythmics cover ‘Here Comes the Rain Again,’ and Hall & Oates classics, ‘Sara Smile’ and ‘I Can’t Go for That (No Can Do).’

The crowd was not ready to call it a night and were delighted by a four-song encore.  Daryl Hall and Todd Rundgren surprised the crowd with three songs in duet together, each taking the lead on the other musician’s song.  Rundgren went first leading on the Hall & Oates song, “Wait for Me.”  Hall selected to perform Todd Rudgren’s ‘Can We Still Be Friends.’  Together, both musical legends covered The Soul Survivors Expressway to Your Heart’.  Before Todd exited the stage, Daryl took a moment of gratitude to thank his friend and fellow musician stating “there is no one else I would rather be on tour with.”

Ending the night, after promising to return to Cleveland soon,  Daryl Hall had the packed auditorium on their feet with one of Hall & Oates’s most iconic and famous hits, “You Make My Dreams.”