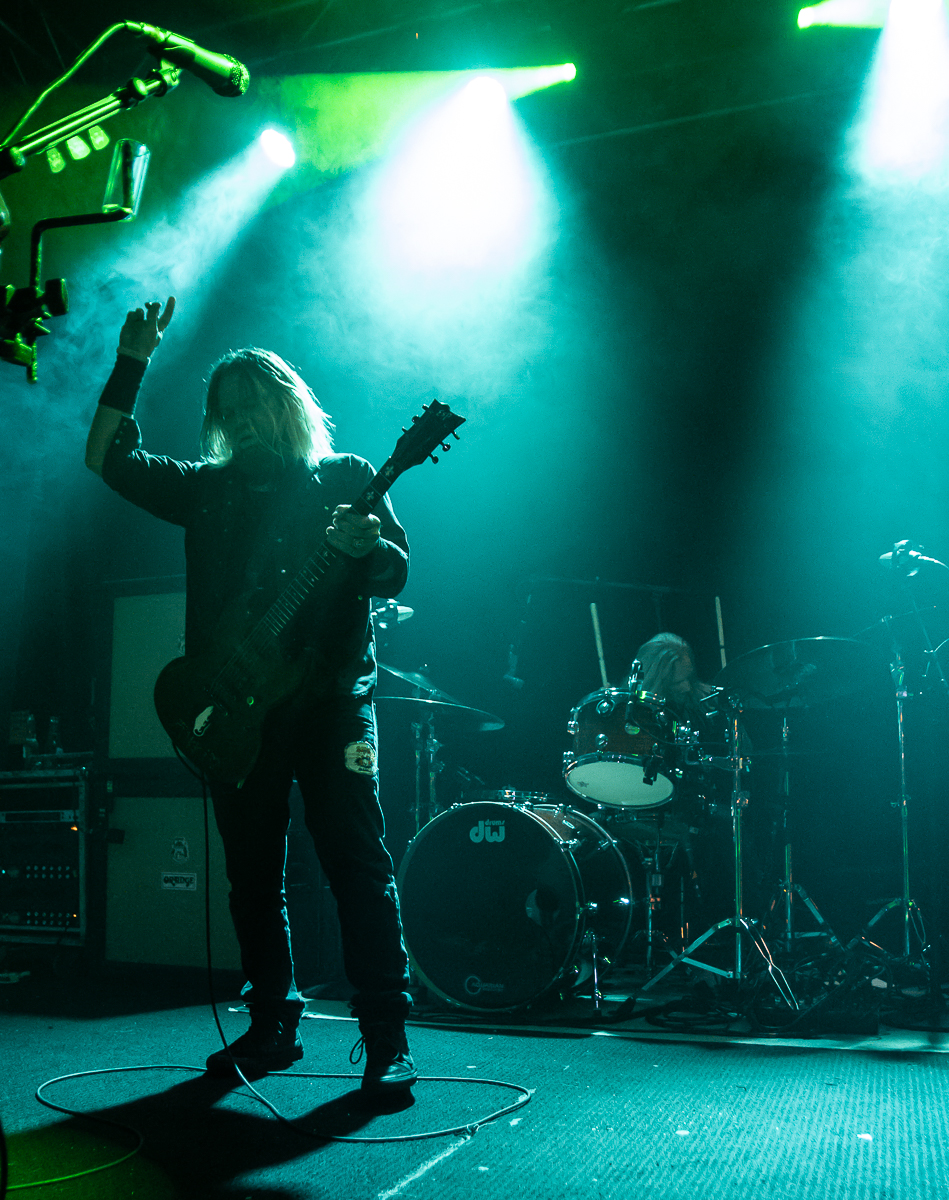 Corrosion of Conformity with Spirit Adrift and The Native Howl

Corrosion of Conformity brought their recent US tour to Louisville, KY on November 25th to a packed venue. Starting things off this evening was the Michigan-based and self-proclaimed “Thrash-grass” band The Native Howl, performing their blend of thrash metal and bluegrass. These guys have a wildly energetic stage presence, with singer Alex Holycross wild-eyed and dynamic in his delivery (in the best possible way!). Making waves in their local music scene and burning up the US Billboard Bluegrass charts with their first two albums, it’s easy to see why these guys are quickly making a name for themselves. Telling the crowd that it had only been a couple of months since the band had performed in Louisville, at Louder Than Life Festival, Alex expressed the band’s happiness at being back in Louisville sooner than expected. Chatting a bit between songs with the crowd, he would periodically make sure the crowd was having fun, saying “If you are, then we are doing our job, which is to make sure you have fun!”. Ending the evening with the first Thrashgrass song they wrote in 2015, he told the crowd “All we ask for is reciprocity! We’re gonna give you everything we have left and we wanna see you move!”. They were a really fun start to the evening. Next up was Austin-based heavy metal band Spirit Adrift. Starting out as a solo project for singer/multi-instrumentalist Nate Garrett, and eventually becoming a full touring band, Spirit Adrift has released numerous EPs and studio albums and has cultivated an ever-growing fan base over the years. Telling the crowd that they had only 2 more nights of tour with COC after this evening, Nate announced that the band were going to take some time off and would be back next year with a new album, eliciting cheers from the crowd! He later said that he has a soft spot for KY, as his mom’s side of his family are from Somerset-“lots of coal miners and criminals and shit!”-dedicating “Hear Her” to them. As they ended their set, he thanked the crowd for being there. “We’re Spirit Adrift and we play heavy metal. We’ll see you next year!”.

Rounding out the evening was North Carolina heavy metal band Corrosion of Conformity. Having formed in 1982, the band started out as a hardcore punk band, later morphing into more of a blues-tinged heavy metal sound, and has released numerous albums and EPs, allowing for a varied set list for the evening. Starting things off with “Bottom Feeder”, “Paranoid Opiod”, and “Shake Like You”, they had the crowd going from the first note, with everyone singing along. Singer Pepper Keenan chatted a bit with the crowd, thanking them for coming out and sticking around, but the band mostly just played and let the music be the driving force. Playing other hits such as “Who’s Got The Fire”, “Stonebreaker”, and “Wiseblood”, they performed a solid set of bangers for their fans, ending the set with a three song encore of “Born Again for the Last Time”, “Albatross”, and “Clean My Wounds”, the final song of which included an extended jam session, making it all the more fun! Playing a solid set with few breaks in the music, they really treated their fans to a great evening! This evening had an all-around fun and upbeat energy that left people buzzing long after the music stopped!