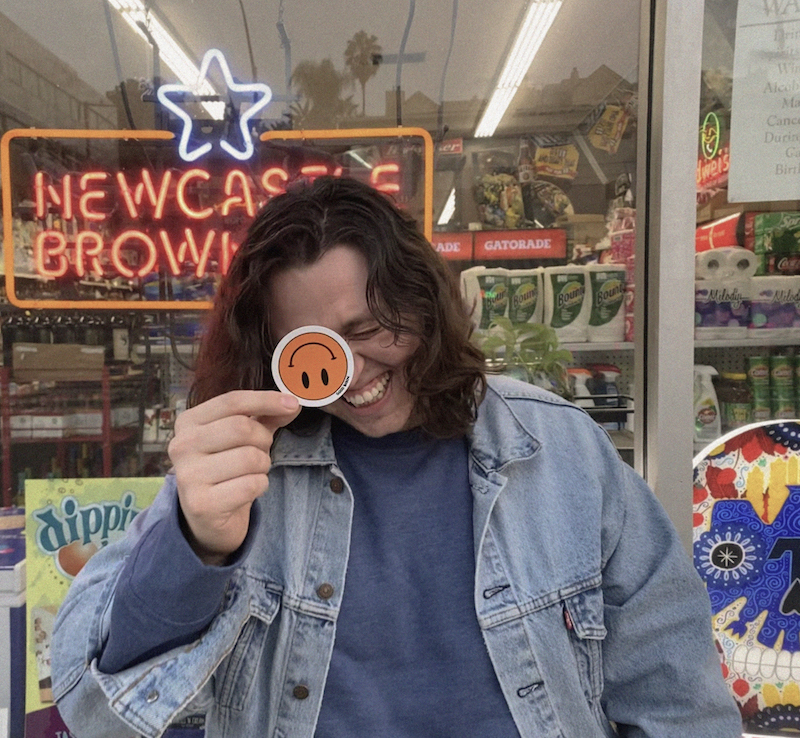 “In Miami, it can be incredibly sunny one minute and the next it’s basically hurricane weather,” says Pablo Alvarez, the mastermind behind the alternative genre mash-up that is Good Bison about part of the inspiration for “Can’t Predict the Weather,” his brand new single from his upcoming EP Scattered Storms due in January 2021.  “Los Angeles is not like that at all. It’s much easier to predict the weather there than in South Florida.”  Currently making Los Angeles home where he settled to find his own version of The American Dream, Alvarez is no meteorologist, but he can sense a groundswell… and if “Can’t Predict the Weather” is any indication, Good Bison will be bringing on a massive storm.  Giving their own very favorable forecast, Substream Magazine premiered the new single and visualizer, calling it “perfectly unique… a crazy and weird listen – in the best way possible,” a flurry of surf rock, punk pop, indie rock and hip hop, the music of Good Bison swirls in a creative twist without sounding chaotic.  Combining bits of Beck’s Odelay, Weezer’s Blue Album, The Front Bottoms’ self-titled debut and the tongue twists of Eminem’s The Marshall Mathers LP, the new EP is ambitious and self-assured, a solid EP from a solid artist.  “I credit this morph to a re-found confidence, and the desire to create something that was representative of myself, rather than something that sounded like what is already coming out.  I wanted to make something that was true to me.”

Born in Bogota, Colombia, Alvarez and his mother emigrated to the cultural melting pot of Miami, FL when he was a wee child.  Not knowing much, if any, English, he immersed himself in hip hop, Star Wars, and skateboarding, gaining his expansive world view in rhymes, extreme sports and universal concepts from a galaxy far, far away.  While his internal creative self was still gestating, his outer being was perfecting his diction and delivery, even earning himself a coveted place in The Guinness Book of World Records for delivering the Longest Consecutive Rap, freestyling for 26 hours straight in a live broadcast!  But it wasn’t until he moved West to Los Angeles when he found his true voice that he exercises with Scattered Storms.  Following his 2016 debut EP Buffalo Roots that explored indie rock, lo-fi pop and electronic music, Alvarez met acclaimed producer Jeremy Hawkins of JHawk Productions (The Rej3ctz’s “Cat Daddy”, Tyga, Jerkin’) who spurred him to release 2017’s well-received hip hop-leaning mixtape That’s Bodhi.  But 2019 nudged him in a more indie direction, exploring more rock and less beats, and together with Mauri Viladegutt and Slightly Stoopid producer George Spits, he wrote and recorded all the music for Scattered Storms.

Largely acoustic and rhythmic, Scattered Storms digs deep within Alvarez’s ingenuity and ability to twist melodies and hooks on a dime.  The four-track EP traipses across his  mind with a song about “loss, and learning to be okay with it” (“Can’t Predict the Weather”), his tendency to overthink and self-sabotage (the midtempo and breezy “Black Garlic”), the concept of “home” and how to find it (the conversation freestyle indie rock of “Lunatic”) and the search for belonging (the anthemic and soaring “Since I Left Miami”).  Scattered Storms fully embraces organic instrumentation, seamlessly blending together genres to create a unique, eclectic sound.  “I want my music to help people feel less alone in the world, as cheesy as that sounds,” he laughs.  “My favorite songs speak to the shared human experience.  We may all live wildly different lives, but we go through so many of the same feelings and emotions, and in a way, music helps us understand that we’re all in this together.”  If Good Bison is a harbinger of the stormy weather, y’all better batten down the hatches. There’s a blizzard a-coming.  Scattered Storms was written, recorded and produced by Pablo Alvarez with help from Mauri Viladegutt and Slightly Stoopid producer George Spits.  It will be released in January 2021.  You can connect with Good Bison via the following links: