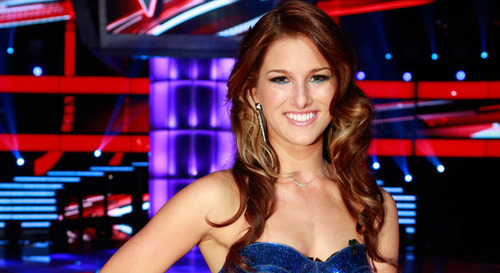 Cassadee Pope is currently filming a new reality show for CMT that is set to air around September. You can read a statement about it below. She also confirmed on a radio interview with 102.9 that she will be releasing her new single “Wasting All These Tears” on June 4th.

”I am doing a docu-series. It’s less dramatic than a reality show, and it’s gonna be on CMT around September.”

Part of her journey includes another hurdle: Winning over the country world after jumping in from the punk-pop world. She had been a member of the band Hey Monday since 2008, but on The Voice she won over fans and mentor Blake Shelton with a series of country songs, including a cover of Miranda Lambert’s “Over You.”

“People are a little hesitant,” Cassadee says of her transition to country, “but for the most part I think, on the show, I proved to a lot of people that as long as you’re real, you’re genuine and you’re singing songs you connect with, then no matter what genre people will embrace you.”