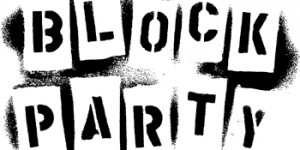 Capitol Hill Block Party was the place to be during the third weekend of July if you lived in Seattle, or anywhere nearby for that matter. Being twenty one gives you a big advantage at this event because there are altogether four stages and two of them 21+, and not to mention, a beer garden. But if you’re underage, don’t worry there were plenty of peers willing to share weed and cigs. Best Coast lead singer, Bethany Cosentino, even commented on the lovely smell that the teenagers were sending off into the fresh Seattle atmosphere. The very thoughtful Seattle Gods were feeling particularly giving on that weekend for before then, Seattle had barely seen a single beam of sun, and for that weekend only, Seattleites were provided a chance to bust out their tanks tops and shorts, to expose their pasty skin to the ravishing high-70 and possibly 80 degree sun rays.

To kick off the block party, the main stage lined up a local hip-hop duo consisting of P Smoov, the girl crazy, slight misogynists from the other local hip-hop group, Mad Rad, and a less cute guy that we don’t care about, Rick Rude. Their set was good, but it felt like the block party vibe still had to be broken in. People were leisurely coming and going, and the crowd wasn’t event that big to begin with. Next to take the stage was Kurt Vile and the Violators whose whole ensemble had matching, long, grungy, haircuts. The most impressive piece of this band aside from their synchronized hair styling was the drummer. I’m no drum expert, but it was pretty clear this man was talented. He was the only person worth giving notice to, and I was immediately impressed by his various methods of playing. With this being said, the lead singer drifted to the background of my attention because of his uninteresting stage presence that consisted of head down, mop of hair covering the face, and guitar being methodically strummed as soft vocals were sung into the microphone.

The next band was Thurston Moore, and they had a harp player! That’s all there is to say about that band. After the harp included band, Ra Ra Riot came on. The mixed gender band was a thrill to watch. Their energy was intoxicating, and energizing, despite the fact that they hadn’t performed together in months. They looked like they were genuinely having a good time and enjoying themselves, which is always fun to see. The girls in the group were gorgeous, and the men looked like they were from Hogwarts. What a great band.

By 9:15 pm, it was The Head and The Heart’s turn to perform. The local folk band was made up of lumber jacks, and a short blonde girl. The men had fabulous facial hair, which was impressive as the music they were making. Their set was an amplified, more energetic version of their album, which made for attempted crowd surfing. Seeing them live really showed their musicality, and proved that even folk bands can be thrilling to see live. When, they ended I thought I had seen what I needed to see, and stupidly left before the closing band, Ghostland Observatory. Therefore, there is not much I can say about Ghostland, except for what I heard from the street when I was about to leave. And from what I heard they sounded really good. I guess I did a favor for the slightly keyed college kids by leaving the front to rock out to the electronic psychedelic music. Evidently enough, it was a solid ending to a solid day.