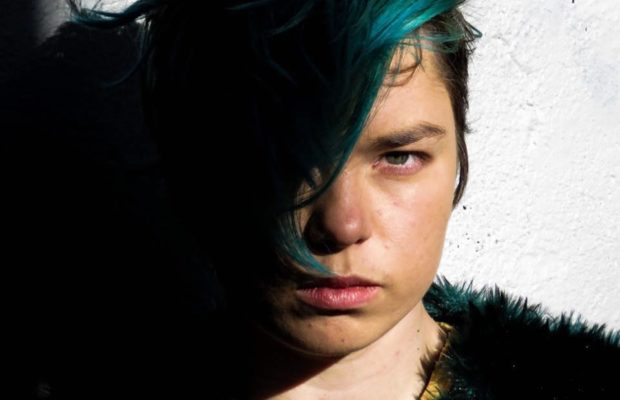 California indie electronic/pop artist INTICA is already making her mark in the industry.  At only 21 years of age, she recently released her well-received debut album entitled Nights Like These, which she recorded at Smash Cat Studio in Pittsburgh.  The introspective album explores her struggles with anxiety and depression, raw and honest topics that she hopes will help others who are struggling with the same issues.  Having discovered her love for music at a young age, she has relied on music throughout her life as an outlet for expressing herself and the mental struggles she has endured.  Nights like these blends INTICA’s wide variety of musical influences into a cohesive sound and showcases her as a gifted vocalist and songwriter. Our staff writer, Emily May, interviewed INTICA recently. In the interview she discusses finding her passion for music at an early age, how she views music as a form of therapy, the recording of her debut album and her recently released video for “I Can’t Breathe”.  You can check out INTICA’S music on Soundcloud here and stay up-to-date with her music and tour dates on her Facebook here.

INTICA: My mom always had instruments around and would sing and play guitar for me growing up. I think some parents are more strict when it comes to their kids future and have it all planned out for them. My mom really just let me express myself how I wanted and grow up without boundaries when it came to who I wanted to be and what I wanted to do with my life and I’m really thankful for that. As I got older I think life got somewhat more difficult and I always had music to keep me grounded.

INTICA: My musical influences haven’t changed much actually. When I get writers block, a lot of times I will go to Spotify and pick one of my favorite artists and keep searching through the similar artists to find new music to inspire me. I’ve found some really cool underground bands by doing that, and if I find something I like I’ll put it on my spotify playlist too so it can maybe inspire someone else! Growing up I listened to just about everything-Nirvana, Paramore, Eminem, Twenty One Pilots, Cage The Elephant, Justin Bieber, Panic! At The Disco, Ed Sheeran, Fall Out Boy, Green Day, The Killers, Sir Sly, Taylor Swift…the list goes on for miles. I still listen to everything listed above, as music is constantly changing, and I love seeing how artists grow. Lately I’ve been really into Bishop Briggs, K.Flay, Jon Bellion, AJR Brothers, Blackbear, Catfish and the Bottleman, With Confidence, NF, Bleachers, Shawn Mendes, and so many more.

EM: I know that a person’s environment can sometimes influence them as musicians. Do you feel that growing up in the Bay Area had any specific influences on your music?

INTICA: For sure! I feel like I personally get more inspired by traveling and seeing the world, but living in the bay area has definitely played a big part in my music. I think it’s like growing up anywhere and being inspired by the places you see all the time and the people you meet. Specifically, I mean I was inspired to write “I Can’t Breathe” about the ocean I live by and “Deaths Cheapest Client” was influenced by the forest outside my house. There is influential material everywhere.

EM: You recently released your debut album “Nights Like These”. How has the response been to the album? Do you have a favorite track?

INTICA: It’s been great! I’m so thankful for the support I’ve been given so far. For me, it’s so hard choosing a favorite because I put so much into each track. I guess right now my favorite would be Feel or Deaths Cheapest Client but my “favorites” change everyday so tomorrow it’ll probably be something different.

EM: Many of the songs on the album sound different from one another but still have a cohesive sound. Was this a conscious effort on your part or was it just the natural progression that your songwriting took?

INTICA: It was the natural progression. I didn’t really have a plan for the album and was just writing songs and mixing genres and somehow it worked really well together.

EM: I read that you had never professionally recorded a song before flying out to Pittsburgh to record your EP, which you later turned into a full-length album. What was the recording process like and how did you meet Brandon Porta and come to record at Smash Cat Studio?

INTICA: Aaron Porta, Brandon’s brother, actually found me on Instagram where I had been posting little covers and asked if I had ever thought about recording an album. He said he had a little home studio in Pittsburgh that he built himself (It’s incredible by the way). I was at the point in my life where I wanted to take the next step and really put my all into actually making music instead of sitting at home doing nothing, so I said “why not?” and got a flight out there. So, prior to flying to Pittsburgh I had never met Aaron or Brandon, but they ended up being super nice and have gone above and beyond to help me with recording and releasing the album.

EM: Your album is influenced by your hardships with anxiety and depression. How do you feel that music has helped you to cope with these hardships? Do you see music as a form of therapy?

INTICA: Oh definitely. I use music as an outlet to kind of escape the real world for a little bit and write how I feel without boundaries. Whenever I work on music, hours will go by and I won’t even notice. It’s like I have my own little world where I can really be myself. Also, writing from such an honest perspective is a great way to get out of my head for a little bit and be creative. It is therapy for me, writing and listening to music, but I hope it can also be therapy for others. I hope my lyrics and music will help others out there struggling to realize that they aren’t alone. That’s my main goal.

EM: How did your cousin come to collaborate with you on the video for “It’s Okay”? How did you get involved with Spaced Visuals for the shooting and editing of the video?

INTICA: From the moment I heard “It’s Okay” I knew I had to have her dance in the video. We grew up together and have always been pretty close so I’ve gotten to see how she’s grown as a dancer and I knew she’d come up with something amazing for the video. She had never heard any of my music before so when I sent her the song she was super stoked to work on it with me, and once she got excited about it, I got even more excited. It was amazing to be able to do what we both love and to collaborate in such a cool way. My cousin had done a photo shoot with Jordan, the creator of Spaced Visuals, so that’s how we got the pleasure of working with them.

EM: You also recently released a video for “I Can’t Breathe”. What was the inspiration behind the video? It has a really cool gritty, analog look to it!

INTICA: Thank You! The inspiration is what you see in the video. I shot the video where I wrote and got the inspiration for the song. Ultimately, the song is about how suffocating anxiety can feel and how it feels like you’re drowning. I think being in such a calm environment but seeing the waves crash and the roughness of the water was perfect for the song and the point I was trying to get across. I wanted the video to be really rough and raw, kind of like a home video. I think it turned out pretty good.

INTICA: I would really love to travel the world and share my passion with people. That’s been one of my biggest goals since I started making music. Oh man, there are so many people I’d love to work with and learn from. I would love to tour with Twenty One Pilots, as they have been a big inspiration to me. That’s definitely on my bucket list. I’d love to work with Ed Sheeran, Jon Bellion, Paramore, or Shawn Mendes, as well. I want to work with as many people as I can who have the same passion for music as me. I think it would be a really fun and cool experience.

EM: Whats next for you?

INTICA: I’m headed back to Pittsburgh to make some more music and we’re currently planning out some shows so stay tuned!

Watch INTICA’s newest music for her song “I Can’t Breathe” below: