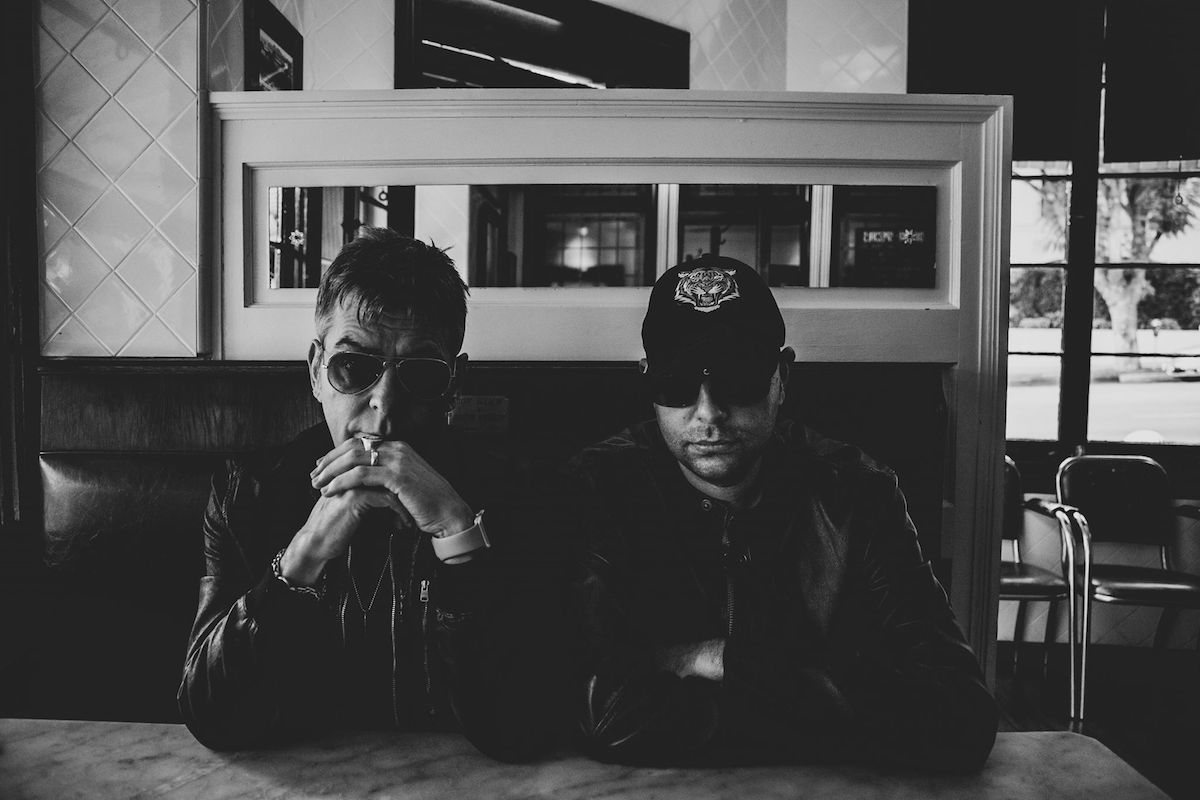 After a triumphant debut live performance at The House of Machines in Los Angles last month, BLITZ VEGA (featuring Andy Rourke of The Smiths and KAV, formerly of Happy Mondays), have released their newest single “Lost & Found.”  The song premiered on FLOOD MAGAZINE, who called it “a bold blast of classic Brit-pop rock… built for the fields of Glastonbury and late nights down at the pub.”  Mixed by Jagz Kooner (Primal Scream, Kasabian, Massive Attack), “Lost & Found” is a blend of The Stooges and Oasis, with a backbone of the Chemical Brothers & The Prodigy.  There’s a distinct breakbeat driving the track, which presents a Wall Of Noise with everything turned to to the max; the perfect indie rock concoction.  “There’s no other song we’ve written that describes the journey we’ve been on creating this project. Little did we know when we started out what we had ahead of us,” says Andy.  “Ironically, this is the first song we recorded and it’s relevant for so many different reasons.  From a personal point of view it definitely resonates.  But it also relates to the world today & the issues many people are struggling with.  When we started recording this record three years ago the world was a very different place politically.  These past few years have really been a journey on all fronts.”

Despite only having one previously released song (“Hey Christo,” released earlier this year), Blitz Vega have already begun to earn acclaim from critics.  The Journal Gazette noted that ,”[Blitz Vega] delivers big driving tracks, guitar hooks, heavy beats, loops and live drums, much in the vein of bands like Kasabian and Primal Scream,” while Spill Magazine simply stated, “Get ready for some damn fine music.”   “A couple of years ago we talked about recording some songs together and Andy came over to LA and things just naturally progressed from there.  It felt good & we surprised ourselves a little.  The vibe just clicked for us instantly,” KAV said regarding the formation of the band.  “Kav and I have bumped into each other on a more than regular basis over many years,” agrees Andy.  “We always had a mutual respect for each other and always talked about ‘sometime in the future working on a project together’.  It seemed we were always busy on other projects.  Well, this year we finally got it together!  The stars were aligned or something!  We are so happy with the results and excited for all to hear.”  Blitz Vega will be playing more shows and releasing more music throughout 2019 and announcing album plans 2020.  You can follow Blitz Vega and stay up-to-date on all upcoming music, band and tour news via the following links.  Photo credit: Lexi Bonin.