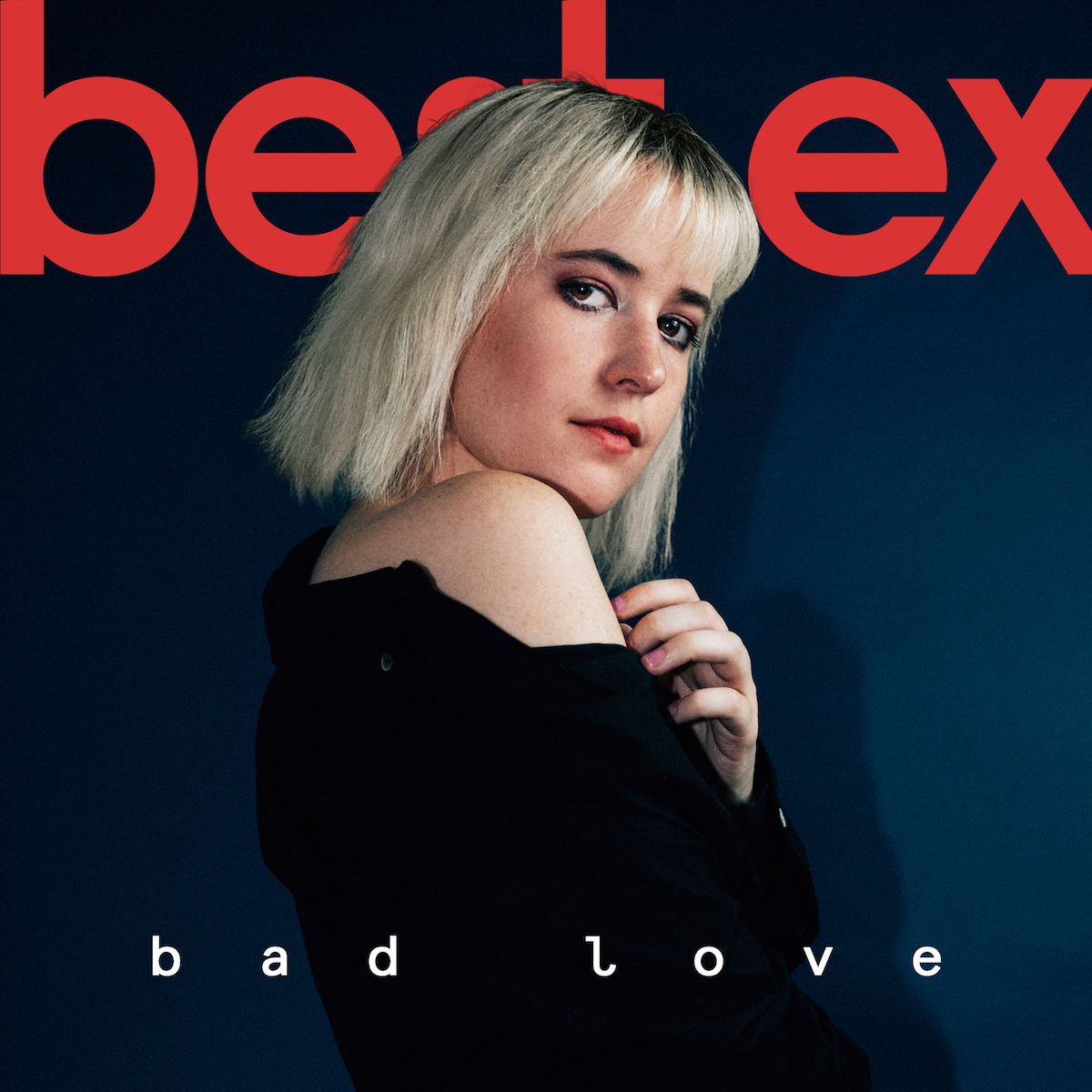 “Honestly, my entire life, I’ve wondered who the heck is the type of person that drinks cocktails at hotels in Manhattan.  Yet, I somehow found myself there, stirring the ice in my $20 cocktail and thinking about why I’m always following the type of love that I know is going to hurt me,” introspectively admits Mariel Loveland of NYC-based indiepop band BEST EX about her latest single “Bad Love”.   “Bad Love” is a melancholic, dark pop song that revels in minor keys while Loveland’s clear and emotive vocals tell the universal story of poor decisions turning into bad love.
“That moment felt like some sort of wake up call to adulthood after years of reading those highly dramatic Cosmo or Vice essays about dating in NYC and picturing how that happens and how someone finds themselves there,” she continues.  “I went from being this timid, terrified girl drinking lukewarm beer in a college dorm room to this brave but cartoonish image I always had of a single New Yorker, yet nothing actually changed at all.  I was still unhappy and I was still unable to let go of the same person who made my heart skip when I saw him during college orientation.”

Currently working on new music, the follow-up to her debut EP ICE CREAM ANTI-SOCIAL (2017), Loveland is diving even deeper into indiepop, a move that may surprise some old fans of her former band Candy Hearts.  “The departure really just reflects the kind of music I like to listen to now,” she explains. “When I started Candy Hearts a decade ago, I was living in this little bubble of ’90s nostalgia where all of my friends would slap on the Weakerthans or the Lemonheads and sit around on the couch showing each other our favorite songs.”  Having graduated from sofas onto major stages including stints on The Fest and Warped Tour, The Candy Hearts grew a sizeable following. But the music that she was performing wasn’t the music in her head.  “Over the last few years, I’ve really gravitated towards music that encompasses sounds beyond the drums-bass-guitar format of a traditional punk band,” she explains.  Without the use of a studio or the production staff that was rather accessible back in those days, she was forced to get creative.  “It forced me to think about every sound and having every hit be intentional rather than just going, “Okay, let me play a power chord over your drum beat, and we’re done.”  Ultimately, I really credit my producer Andy Tongren with helping me come up with something that sounded like music in my head. I couldn’t have done it without him.”  What she has created is music that has more in common with Jenny Lewis and Carly Rae Jepson than Paramore.  “We had this gritty, raw energy that I always tried to harness as our superpower,” she says.  “Now, while it’s not exactly the same, lyrically though, we still exist in the same realm.  There’s that heartbreak, that rawness, and that tongue-in-cheek demeanor because if I can’t laugh about the sheer amount of times my heart has been broken, I don’t know how I’d survive.”

Excited to release more music, she’s focused on all that Best Ex has been stacking up.  “I have a lot of songs on my computer’s hard drive,” she beams.  “It almost feels like they’re mad at me for letting them rot on a cheap HP that I purchased on Black Friday.  What a terrible fate.  They deserve better, and they’re ready to be shown to the world — very soon.”  But before they are unveiled, Loveland and Best Ex have plans to return to the stage… something she hasn’t done in over a year and a half.  “It’s a bit scary getting back out there again, but we all really miss the stage so much,” she says.  “We really, really miss touring, so we’re doing everything we can to line some things up after we release some more music. It’s muscle memory, right? We got this!”  You can follow Best Ex and stay up-to-date on all upcoming music, band and tour news via the following links: