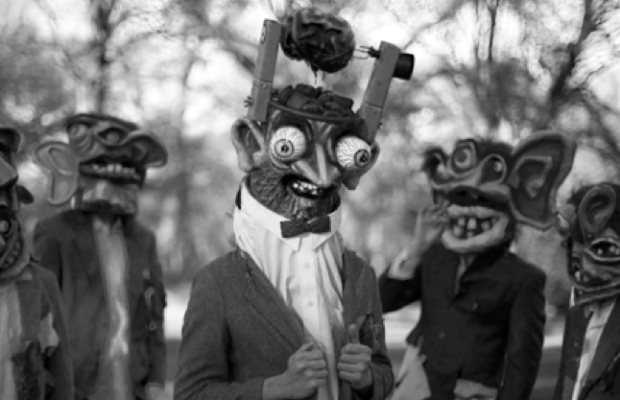 Being a band in the LA / California area, are there any bands that have influenced or inspired you?
Being from Los Angeles definitely keeps you open minded about music in general. There are many legendary bands that have evolved out of LA as well as new bands like Letlive. We’re inspired by music from all over the world, and Los Angeles has a lot of bands to choose from.

Would you say that The Body Rampant differs from other bands who would be considered “in your scene”?
Yes and No. We do our own thing. We want to have a familiar sound that people can latch onto and relate to, while thinking outside of the box all the while.

What, in your opinion, is the most important thing to keep in mind while being in the music industry?
There is always some type of work to be done. Always reach out to new people because you never know who will fall in love with your music.

You recently released a new album Transient Years on April 5th. Are you happy with the feedback that you got from the album?
The feedback has been amazing. We respond to every message and comment and love communicating with our fans, no matter how busy we may be.

What was it like working with Casey Bates for this album?
Casey is an animal. His hands work faster than a hummingbird thinks. He trimmed some fat off our songs and basically let us do whatever the hell we wanted. We told him we just wanted to sound huge and he did just that!

Are there any songs on the album that you particularly like? What are they about?
My favorite song on the EP is probably Midwest Mistrust. Musically, its the first song that was written for the EP and reflects on how friendship can quickly dwindle when jealousy and greed come into place.

Do you ever get into arguments as a band about songs or how they should go?
We never argue. We always have different opinions but we all respect each other and listen to them all. Even when were stranded on the side of the road with a busted van and or trailer, we’re all smiles.

What was the biggest challenge that you had to face as a band?
Like previously mentioned, our van and trailer have broken on us on two separate occasions. We have done two tours and have been unfortunate enough to deal with auto problems on both trips. As a band, its hard to stand out in the music scene and we try to do that by hard work and long hours.

Is there a band or person that you would want to trade places with for a day?
Being Dave Grohl for a day while they’re on tour wouldn’t be too shabby =)

What is the craziest thing that you’ve pulled off during a show?
At SXSW it seemed to be 200 degrees outside on the roof we performed on. We played a 20 minute set and almost passed out afterwards, somehow we killed it and was our favorite show to this day.

Is there a message that you’d like to send through music?
We want people to be able to put in our cd on a bad day, and forget about all their problems and just live. Our band is based around the idea that everyone has a unique gift and talent and its just about finding that and showing it to the world.

What should we expect from The Body Rampant in the future?
New music, new videos, more shows, hopefully some touring.