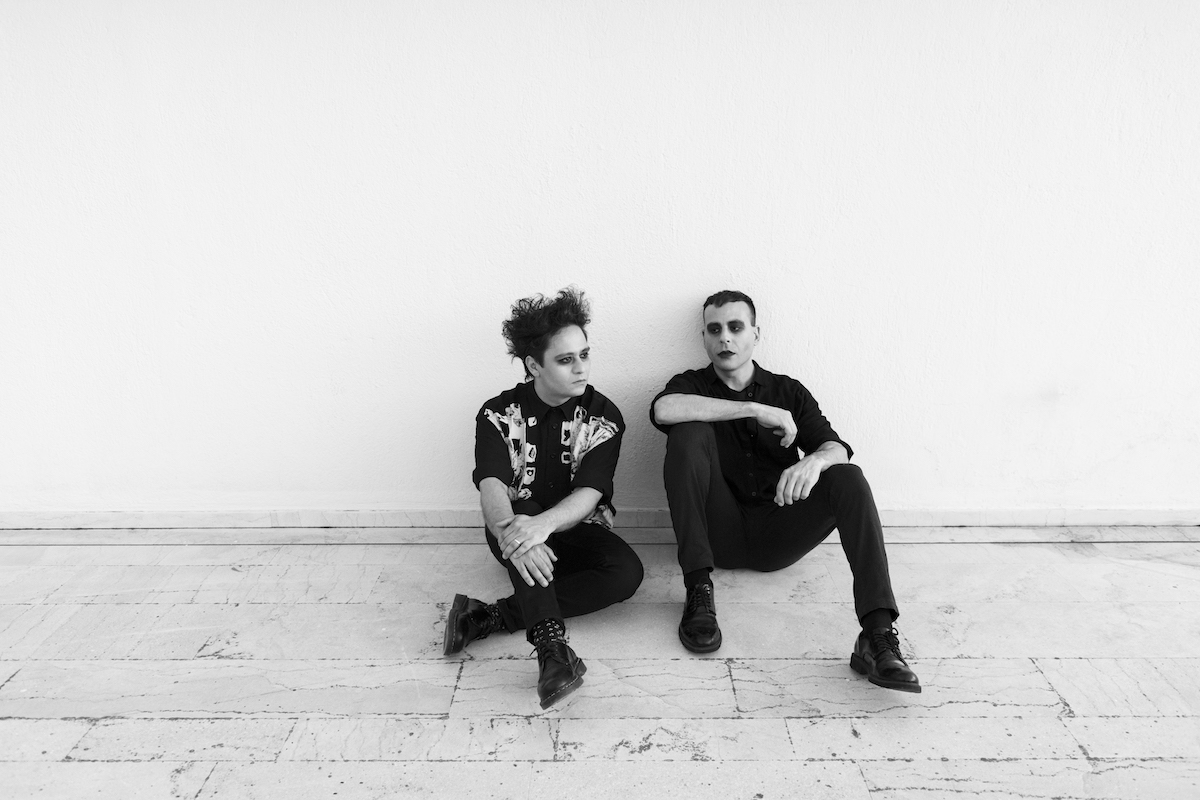 Turkey-based post-punk band SHE PAST AWAY, comprised of Volkan Caner and Doruk Ozturkcan, is announcing a string of ten North American tour dates starting November 27th in Quebec, and carrying on through mid December.  The band will be stopping in ten cities including Portland(December 4th), Los Angeles(December 7th) and New York(December 14th).   The band’s live show ruptures with sprawling 80’s new wave / post punk energy and beckons the masses to join. This summer’s US tour saw several dates sell out well in advance, including shows at Brooklyn Bazaar in NYC, Elysium in Austin, and Echoplex in Los Angeles, and tickets are expected to go just as quickly this fall.  The video for “DISKO ANKSIYETE” gives a trance-like glimpse into the bands smokey neon performance. Magnetic Magazine calls the track, “a modern take on the sound they’ve worked so hard to create and perfectly demonstrates how to evolve without losing your core.”  The duo released their album DISKO ANKSIYETE in May of 2019 via Metropolis Records.

Forgoing the simplicity and traditionalism of standard issue dark rock and adopting a more avant-garde sort of sensibility, She Past Away channel their post-punk and early ’80s Cold Wave influences to concoct a new take on modern gloom coupled with an exotic Turkish twist.  Lyrically sung in their native tongue, they create an otherworldly swirl of minor chords and midnight dance beats that is undeniably primal.  “The only language that you really ‘feel’ is your mother tongue,” Doruk explains. “We believe that we definitely better express all the difficulties of the daily life in Turkish.”  Transcending language and borders, the feeling of solitude and isolation permeates throughout the album.  DISKO ANKSIYETE is an exploration of the dark and mysterious soul, where the strange accidents of fate find through these songs their way to our hearts and to the dance-floor.  Drafting songs in 2006, Volkan began germinating what would become She Past Away in 2009 and released the digital-only debut EP “Kasvetli Kutlama” (“Gloomy Celebration”) in 2010. 2012 saw the release of Belirdi Gece (“The Night Emerged”) and almost immediately, She Past Away earned praised in numerous reviews, filled clubs across the world and, on the success of this album, gained a legendary status in the contemporary Dark Wave, Gothic and Post-Punk scene.  The success of the debut was followed by Narin Yalnızlık in 2015 on which the band captured a feeling of delicate loneliness.  “For those who wonder, the misspelling of our band name was intentional,” laughs Doruk.  “We like to keep this a secret.”   Whether their secret stays that way remains to be seen, but one thing’s for sure. Turkey’s best kept secret won’t be.  You can follow She Past Away and stay up-to-date on all upcoming music, band and tour news via the following links.  Photo credit: Marilia Fotopoulou.