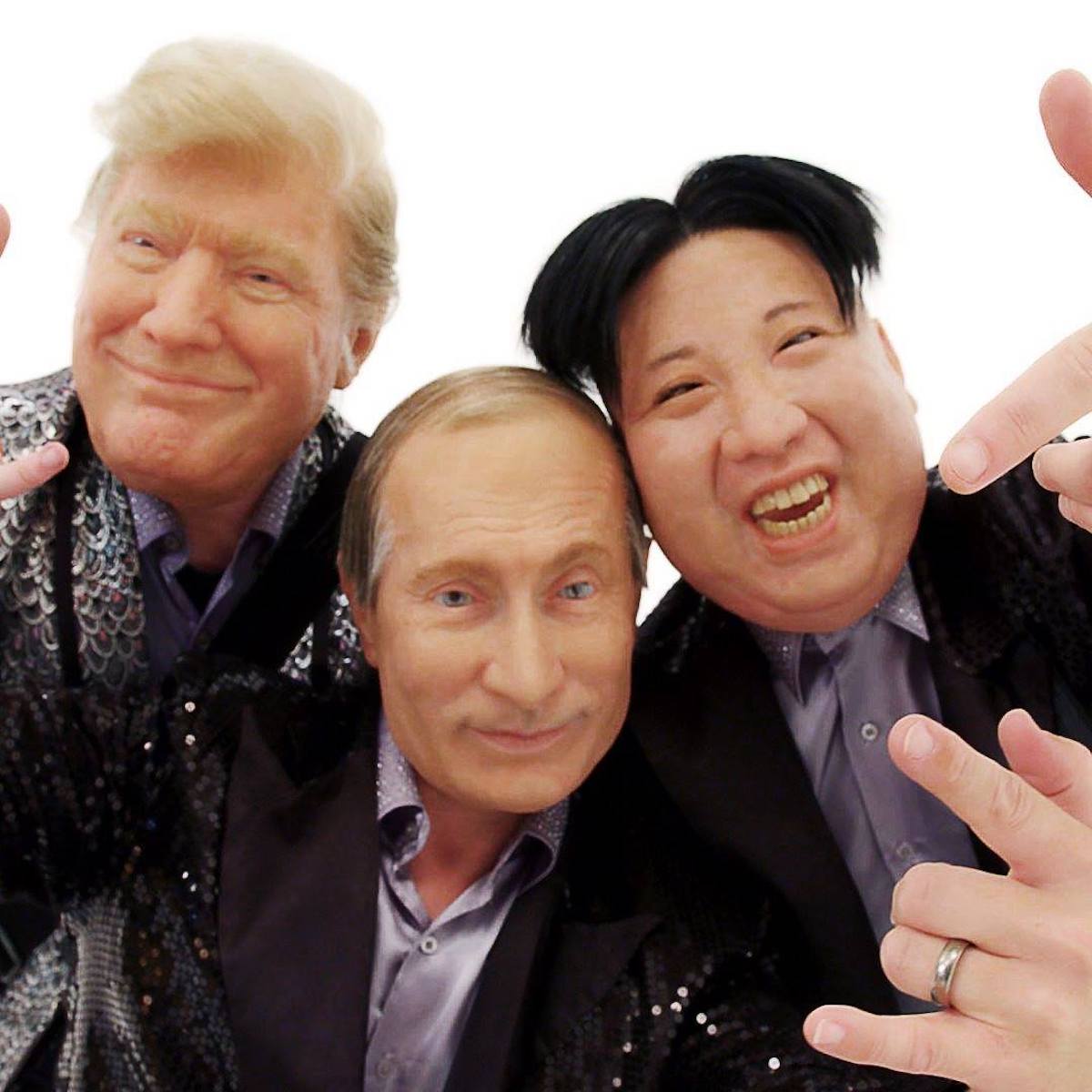 At a time of socio-political despair and absurdity, Beldon Haigh and the Mother Of All Bands (MOAB) is a satirical pop-rock band who came together from a need to unite people with satirical comedy. Starring Donald Trump, Vladimir Putin, and Kim Jong-un, this rock band of tyranny is here to bring you the worst holiday spirit from around the world.  The band recently released their latest video entitled “White House Meltdown”, which is bizarre and surreal even by Beldon’s unusual standards.  Using the world-famous masks of Landon Meier, we get a glimpse of what a tyrannical Christmas looks like in the company of the Mother Of All Bands, the tyrannical-trio of Trump, Putin and Kim Jon-Un.  The song and video celebrate a joyous, bro-mantic, unreconstructed Christmas experience.  When asked the reasoning behind making this song/ video Beldon said, “The chance to provoke people to stop and think, then move from provocation into unification.  Hopefully unite people through laughter rather than divide them through hate.  That’s why I don’t use swearing or advocate hatred.  At some point we need to realize we are all in the same boat – these tyrannical leaders only care for themselves and divide populations to keep themselves in power.”  You can follow the band and stay up-to-date with all upcoming band and music news via the following links:
Facebook | YouTube | Twitter | Spotify