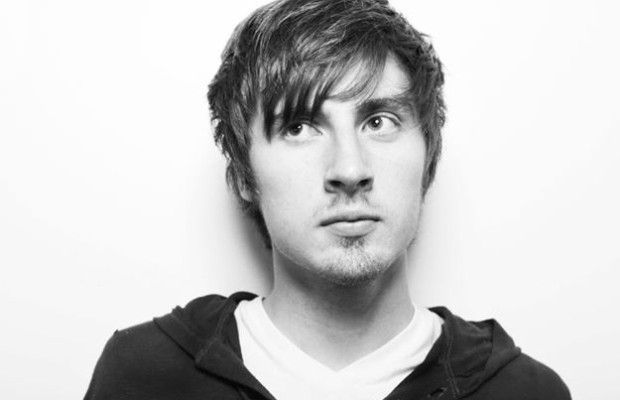 What first sparked your interest in photography?
I started stealing my mom’s camera when I was young and would take pictures of trees, sunsets, grass … you know, just like everyone does when they’re a kid! (that’s normal, right?) That’s what got me started with photography. Music-wise – I always loved music, but didn’t start going to shows until later in high school. Eventually I made it to my first one and thought it was awesome! So, of course, I couldn’t stop at just one. I started going to shows almost every week, dragging along my best friends, and eventually bringing my camera to local shows every chance I got!

Which camera did you first start off with? What camera would you recommend for kids wanting to pursue photography?
I started with a Canon Rebel XS. I get asked this question a lot! I don’t know if there’s a right answer to it. Everybody’s different, and I haven’t used a whole lot of beginner cameras besides the Canon Rebel series so it’s hard for me to compare! I will say that I was completely happy with my Canon Rebel XS and have had no issues when playing with friends’ other Rebel models!

Do you think there’s anything “overrated” with the photography industry today?
Interesting question. I think gear is overrated. I got caught up in a gear phase for a while – actually I think most everyone does. I have minimal desires these days towards new gear. When you realize how little of a picture is attributed to gear, you really stop caring so much. Some of my favorite photographers swing Rebels and 50mm 1.8’s. Nothing wrong with that.

Where do you hope to be in the future?
In a perfect world, I’d get to live in LA or NYC and take pictures at a different show every single night for the rest of my life. Unfortunately this world is hardly perfect, so instead I live in Iowa where we get one show a month or so haha. Lots of driving! I hope that someday soon I’ll be able to find somebody to tour with, I think that would be an awesome experience. I try not to get too long term oriented because life changes so fast! Who knows, tomorrow somebody could steal all my gear and I’ll never shoot a show again! However, I hope I can keep doing what I’m doing for a long time, because I love every second of it.

Who are some artists that you really look up to photography wise?
I bought a book of photographer Nick Onken’s work a year or two ago, and it blows me away every time. He’s a travel and lifestyle photographer, but his pictures are just downright amazing. His photos are so clear and the tones are always perfect. That’s just one! I’ve got tons of people that inspire me. I keep a folder on my computer of inspiring images, and every time I come across something really cool, I save the photo and the photographers name. But I think inspiring and looking up to are two different things in my mind, so I’ll talk about both. In regards to looking up to people, I think my dream life would be along the lines of Adam Elmakias, Ryan Russell, Megan Thompson, or any number of other awesome music photographers who tour a lot and take awesome photos. It’s not something I’d probably want to do forever, but I hope I can at least do it for a while somewhere down the line. Plus it’s something you have to work really hard for and I’m still paying my dues to get there!

Who are the bands that you love photographing, and ones that you’d like to one day?
I will never miss an opportunity to shoot Underoath. Those guys kill it every single time, without fail. They come out guns blazing and don’t stop – it’s awesome. I’m not totally into post-hardcore or metal all the time, but those artists are some of my favorites to photograph. Bands like Bring Me The Horizon and The Devil Wears Prada are some of my favorites. I’ve only shot Circa Survive once, but they were really, really cool. Can I just suggest that everyone go see them live sometime? It’s like … ethereal. I’ve been really lucky throughout my couple years of shooting bands – I’ve got to shoot almost every band I’ve ever wanted to! There are a few still left on the bucket list, though. Paramore, Blink-182, Taking Back Sunday, and Brand New are the big ones. Bloc Party would also be really cool as they were the first band I ever became obsessed with!

How do you feel about people posting your photos without permission or credit?
I think it just happens and it’s not something to get hung up on! To me, there’s no reason to freak out and yell at someone on the internet for thinking your picture was so cool that they wanted to put it on their blog. Actually, I think it’s awesome! If people want to share my pictures, that’s awesome. I want you to! It’s always really nice when people credit your photos and everything, but I don’t realistically expect that someone would spend six hours searching through Flickr to try to find out what my name is. Now, if someone tries taking your photos and telling people that they took them; that’s a very different story. Though personally I find that very humbling (… someone wants to be me so bad, they’re 22 PRETENDING to be me. How cool is that?!), it’s still lame.