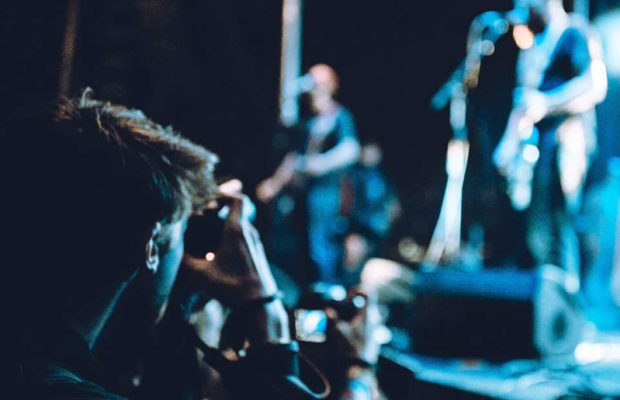 Hailing from Northeastern Pennsylvania, photographer Cody Kaczynski has been making quite a name for himself in the hardcore scene. From photographing festivals like Vans Warped Tour and South By So What to working with Harbour on their upcoming tour, Cody tells us all about his experience in the industry.

When I was around 13 or 14, my mom and I were always going to shows and we found a photographer named Rob Fenn who just inspired the hell out of me and I never realized that concert photography was a thing that I could do until I saw him do it. It seemed like the coolest job in the world (it is).

My very first show was in July 2014, just some local bands and my friend Malachi was headlining and I asked him if I could take pictures for them. Shot local bands whenever I had the chance until January 2015 when I emailed a marketing person at the Sands Event Center asking if I could shoot Papa Roach at the end of the month, no publication or anything. Got an email about two days before the show saying I was approved and it was the craziest moment ever, I couldn’t believe I actually got it.

Looking back, I would tell myself to not worry so much about gear and what everyone else is doing and just do my own thing. When I was in that Papa Roach pit, I was fourteen years old shooting with a D3200 and a kit lens while everyone around me easily had 20 years and $5,000 of equipment on me. None of those things matter and I spent way too much time worrying about it.

I’ve noticed you have a masterful handle on tones and contrast in your photos. Who would you say you look to as photo inspiration? And how would you describe your own personal shooting style?

Thank you. I’m inspired heavily by Kayla Surico, Joshua Halling and Johann Ramos. Their work takes my breath away every time I see it.

Sworn In
Out of all of the photos in your portfolio, which photo are you most proud of and why? What is the story behind it?

This is a tough one, but I think it has to be the one photo of Jesse Lacey (Brand New). It’s my most creative photo and it’s of one of my favorite bands. I almost tossed that photo when I shot it but I’m super glad I didn’t.

I know you’ve gotten to go to South By So What in Texas this past year and you’ve photographed different dates of Warped Tour. How do festivals compare to a regular concert? Do you prefer them or no?

Festivals are my favorite thing on this entire planet. I prefer them over regular shows any day because there’s always something to do, something to shoot, unlike regular shows where you get the first three of a band then have to sit around and wait for the next one to come on. I always see so many friends at festivals, especially ones I travel for. The atmosphere at festivals is much different than regular shows.

What festivals and/or bands are on your bucket list to shoot? What’s the ideal concert for you to photograph if you could create your own lineup?

I really want to cover Firefly, Coachella, Download Festival, Amnesia, and Riot Fest. Bucket list bands are hard because I still want to shoot so many bands, but I would lose my mind if I got to shoot Metallica. Eminem would be wild too.

Now, to get into the politics of photo for a quick second, music photography is on the rise in popularity. Pits at Warped Tour and smaller venues are becoming packed with newcomer photographers. How does that make you feel and what do you do to make sure that you stand out from the competition?

I don’t really mind other people. We’re all here doing the same job and I like that more people are getting interested in concert photography and photography as a whole, but I wish photographers were a bit more courteous to others around them, especially at festivals like Warped Tour and South by So What?!

I don’t do anything in particular to stand out, I just do my own thing and I think that helps me a lot.

Shoot. Shoot. Shoot. Accept criticism but don’t listen to the people trying to discourage you. Gear is irrelevant for the most part just as long as you know how to use it. Follow me on Instagram. (lol)

Photo of Cody by Christian Sarakintzis