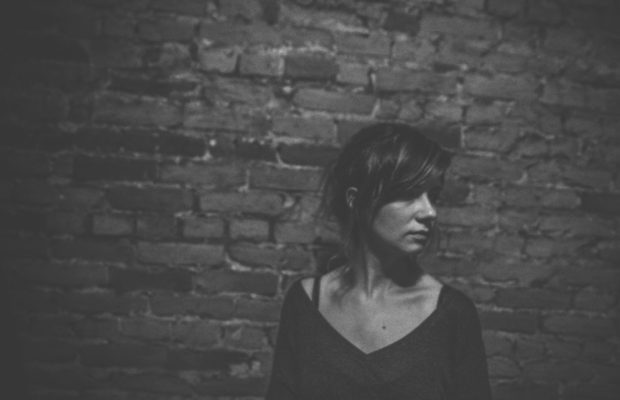 Contributing work to The Photo Ladies, The Line of Best Fit, and Philly Voice, Philadelphia-based photographer Erika Reinsel has photographed a number of acts across a variety of genres including AC/DC, Kid Cudi, Steel Panther, and Marilyn Manson. Sharing some of her favorite images from her diverse portfolio, Erika talked all about where she got her start and why social media is an asset all photographers should be taking advantage of.

I really didn’t get fully interested into photography until high school when I took a film class. I mean, I would always take photos here and there for fun with a crappy point and shoot, but growing up drawing and painting was my true passion. However, I really grew to love photography when I realized it was a new way to express the creative thoughts in my head.

The first show I ‘officially’ photographed was James Blake back in early 2013. It was a difficult show to shoot then – super dark, with James hidden behind a piano, and no photo pit. Talk about pressure for a first shoot, but it ended up not being so bad. Looking back, there’s not much I would necessarily change, but I look at photography as a constant learning process, so if anything, I would have had more knowledge on settings and how to manage low-light better. It’s funny because I just shot James Blake again last week for the first time since then, so I got to redeem myself.

As I mentioned above, I’ve always had a passion for art, so I’d say I try to be more artistic in my shooting and editing style. So often, a lot of concert photos look the same – similar poses and angles, so I try to get different perspectives and capture light in various ways. I want my photos to stand out.

That’s tough. Without sounding too cliché, I’m proud of every one of them. Looking back, it’s crazy to think I started out not fully knowing what I was doing to where I’m at now. Whenever I look at my photos, I feel incredibly lucky. But to answer the question, I’d have to say one of my proudest / favorites is of Panda Bear from his show at Bowery Ballroom in New York. This is more a personal thing, but he is an artist that I’ve admired and have been seeing live for years, so to be in a spot where I could take pictures made me proud to see how far I’ve come along. His live performances are so beautiful and atmospheric, and I feel like this picture fully captured that.

Your catalog has a great amount of live music photographs and portraits. Is there a certain style you prefer to shoot over the other? Why?

I enjoy both, but as of late, I’ve been trying to do more portraits. With portraits, it’s easy to make it ‘your’ style. When it comes to photographing at venues, there are so many obstacles that can get in your way – lighting, song restrictions, etc. With portraits, I can make them almost exactly as I want them to be. And doing portraits has been a lot of fun over the past year because I’ve become friends with a lot of the bands I’ve done them with, and I fully cherish that.

When I select shows to shoot, I almost always first pick artists I’d be going to see anyway, which is usually more of the indie genre. As of late, I’ve been trying to do a lot more shows I would normally not attend, and I’m learning that every genre has their own characteristics that make it fun and different to shoot. But I’m a sucker for projections and confetti, so if you have that, I’ll be there to shoot in a heartbeat!

I try not to think about it, but it can become difficult to ignore. Shows are constantly getting harder to get into, and this is probably a huge reason why. I hope my work stands out and will allow me to keep doing this, but ultimately, as long as I still enjoy doing this, I won’t stop despite how many photographers there are.

As a photographer who is active on her social media accounts, what importance do you feel social media websites such as Twitter, Facebook and Instagram hold in your career and the career of photographers around the world?

I honestly would not be anywhere close to where I am without social media. Surprisingly, or maybe not that surprising, Instagram has gotten me the most exposure. That’s where I’ll usually first post my pictures after shooting a show, and then I’ll put on my Facebook and website. Sometimes I laugh because I don’t think I ever post what’s a “real” Instagram picture (aren’t they supposed to be cell phone pictures?!), but hey, whatever works! But in all seriousness, we live in a digital world where people can’t stop looking at social media, so as long as people don’t stop, it will continue to be a huge influence in the photography world.

Don’t stop! Every photographer is going to have those moments where you want to quit and ask yourself what’s the point? I’ve gone down that path way too often. But it’s important to just keep shooting, because you never know when your next big break could be!