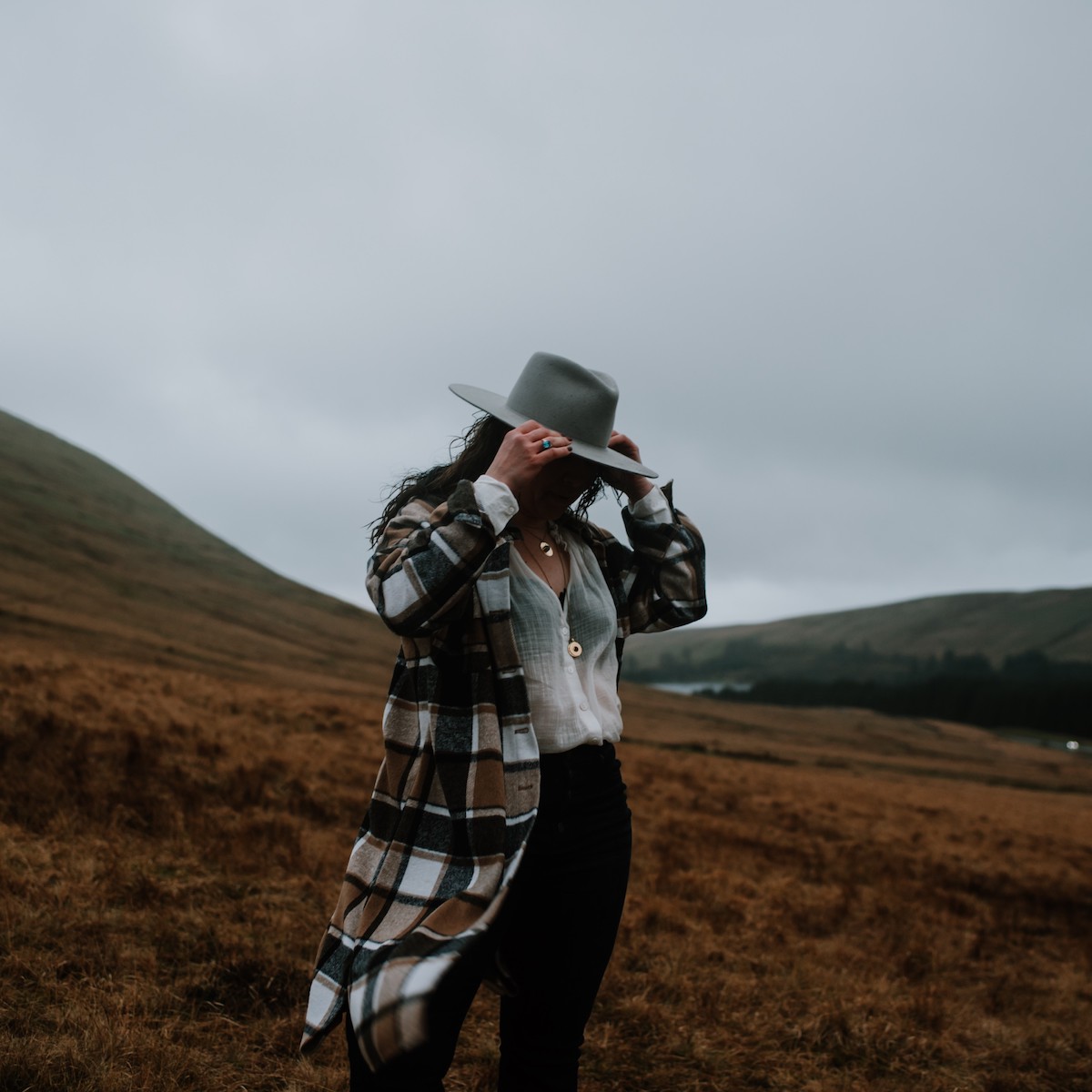 American Expat now living in East Sussex, Erika Olson has seen many versions of herself to get where she is today. As someone who grew up all over the United States, she’s learned that change is her constant and her power is her ability to start again. Initially, she wanted to change the world as a lawyer, envisioning herself arguing court cases for equality and women’s rights. Erika thought she had found her calling in a busy litigation practice and pro bono work.  Everything was going to plan. Until her son was born. After a few months as a new parent, neither she or her son were doing well, so she made the ultimate choice for her family: she left law. But she now found herself lost in motherhood and losing who she wanted to be as a person. So, she took guitar lessons. Music gave Erika life again, a way for her to escape the repetition of being a mom. Motherhood gave birth to Erika’s artistry and reminded her that she was wild. She found that her roots were better suited to cracking concrete than climbing ladders. She found she was not born to follow rules that did not account for her. Rather, she was born to bewilder them.

She just released her first single “I Don’t Feel Like Fighting,” from her debut solo album, This is How I Pray. This anthem-like country rock and folk-pop song takes inspiration from her experiences as a mother. It comes from an honest place. She sings about wanting to just give up when things become too much to handle, but unable to do so. The hook is catchy and the melody is hypnotic. It takes hold of your soul and you find yourself dancing with the song and connecting with its message. Sometimes, we all want to stop fighting.

“This song began on a stormy day in London after my eldest son and I had had our umpteenth million fight,” Erika explains. “He was 5 years old, we had just moved to London from Charlotte, NC. I had recently given birth to our third child and my big boy was having a lot of big feelings. After this particular fight I found myself slamming his dresser drawers shut and just chanting I Don’t Feel Like Fighting Anymore, that chant would accompany me to the changing table, kitchen, school run, and beyond as it morphed into a bit of lifeline for me in those transitional days.”

You can connect with Erika Olson via the following links. Bio and quote taken from press release.