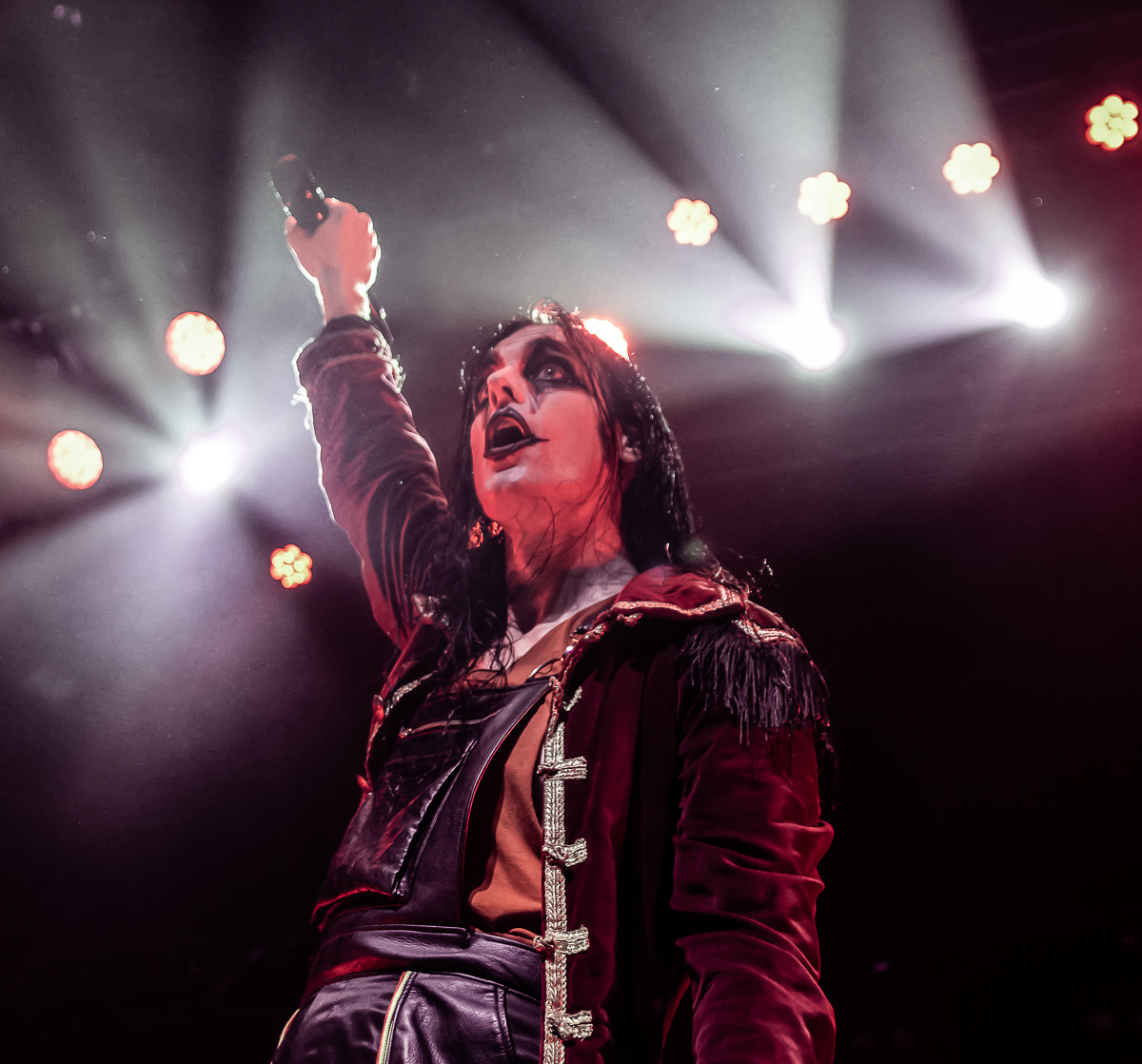 Avatar with Light The Torch and The Callous Daoboys

Swedish heavy metal band Avatar made a stop recently in Louisville, KY to a sold out crowd on their current tour North American tour! Known for their incredibly fun, high energy shows, they have garnered a very passionate fan base since forming in 2001, with many fans in the crowd having painted their faces like lead singer Johannes Eckerström. The line to get into the venue was long as fans waited for doors to open, vying to secure the coveted spots right up front at the barrier! Opening the show this evening was Atlanta, GA metalcore band The Callous Daoboys. To say these guys put on a fun live show is an understatement. From the moment they walked out on stage they were pure energy and were in high spirits, with singer Carson Pace cutting up with the crowd between songs. He joked with the crowd how they were a small indie band who normally played Urban Outfitters and Barnes and Noble and how grateful they were to be out on tour with Avatar and to Avatar for taking a chance on them. He went onto say how they were doing 3 back to back tours this summer, with this being the second one. With violin and synth mixed with guitar, bass, and drums, they were a wildly fun band with a very unique sound! Next up was Los Angeles metalcore band Light The Torch. Coming out on stage to plenty of cheers from the crowd, singer started things off with “More Than Dreaming” from their latest album, You Will Be The Death Of Me. To make the evening more special for the band, singer Howard Jones was celebrating his birthday! Jones interacted with the fans throughout the set, with the crowd and band feeding off of each others energy this evening. Performing hits such as “Let Me Fall Apart”, “The Bitter End”, and “Living With A Ghost”, they got the crowd hyped up and more than ready for the evening ahead.

With the house lights dimmed, the air was thick with anticipation as the crowd chanted “AVATAR” in anticipation of the band taking the stage. As the band came out on stage, they stood almost shoulder-to-shoulder, in a bit of an arc, at the front of the stage, with a floor tom with cymbals set up for drummer John Alfredsson. Starting things off with “Colossus” from their most recent album Hunter Gatherer, they had the crowd engaged in no time. The crew then came out on stage to retrieve the floor tom/cymbals and Alfredsson took his place behind his drum kit on a platform  towards the back of the stage. The band then peformd “Let It Burn” and “Silence in the Age of Apes”. Eckerström is a fun and charismatic front man, chatting frequently with the crowd between songs! He gave thanks to the crowd for coming out this evening, saying that this was the band’s third sold-out show in a row at Mercury Ballroom, with him then praising the crowd for getting louder each time! Performing for almost 2 hours, the band rocked their fans faces off and had a set chock full of hair flips, crowd interaction, and plenty of interaction between Eckerström, Alfredsson, guitarist Jonas Jarlsby, guitarist Tim Öhrström, and bassist Henrick Sandelin. These guys have so much fun with each other on stage and with the crowd that it is impossible not to have fun at an Avatar show! They make it their mission to give their fans the best show possible! Rounding out their set with tracks that included “Bloody Angel”, The Eagle Has Landed”, “Paint Me Red”, “Tower”, and “Tsar Bomba”, the band “ended” the set with “The King Welcomes You to Avatar Country”. While many bands have smoke machines and confetti cannons, Avatar this evening had what appeared to be bubble machines that pumped out a steady stream of bubbles, which made for a fun moment! Performing a 2-song encore, the band closed out the evening with “Smells Like A Freakshow” and “Hail The Apocolypse”, all then gathering together at the front of the stage to take a bow and give thanks to the crowd. The fans were left buzzing after the show and no doubt many are hoping that Avatar makes a return visit soon to do it all over again!