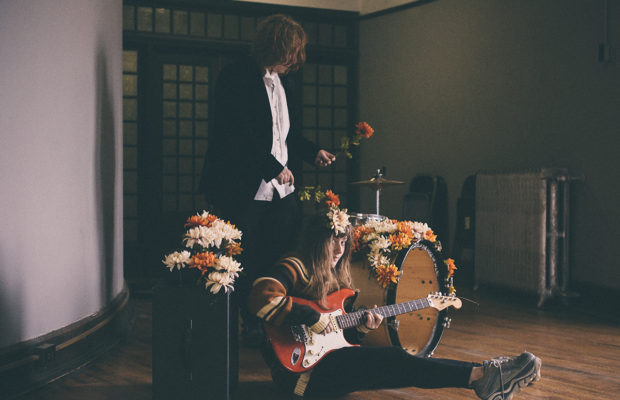 Hailing from Toledo, Ohio, dream-pop duo Good Personalities take inspiration from artists such as Smashing Pumpkins and Bjork to create their unique sound. From how they formed to challenges they have faced over the years, Good Personalities are July’s featured band everyone should know about.

How and when did the band form/when did Good Personalities get their start?

We officially got started on June 1st, 2014 playing our first show opening for Screaming Females. However, we started playing music together growing up because we’re brother and sister.

It’s a dreamy, chimney sort of garage/pop mix I suppose. The songs are focused and cover a lot of emotional range and there’s heavy emphasis on the way Emi plays her guitar. I feel we sound a lot like a mix of Smashing Pumpkins and Shonen Knife, maybe those are simpler terms to put it in.

Has your local music scene influenced you in any way?

Artistically no, I personally don’t think there’s another local artist that sounds or acts similar to the way we do and we haven’t tried to sound or act like anyone else either.

As a band/artist, what is the biggest challenge you have faced?

We’ve had a pretty difficult time since forming the band. We’ve had to move four times up until now and have been basically flat broke the whole way. I think it’s held us back in a number of ways when it comes to being a band and trying to tour and record and write as much as we want to. However, we’ve tried really hard and have overcome quite a lot to get to the point where we are now and we’ve accomplished goals we never thought we would within our first year and a half of being a band. I feel the future is bright.

Maybe not the music itself, but I think we’ve been influenced by certain bands on how we go about making the music and how we end up presenting it to other people live and on record.

Nothing is totally solid as of yet, but we plan on touring most of mid-late summer. As far as new music, on top of the EP we just put out a couple weeks ago, we are talking with a small label about doing a release in the near future and if all goes well, I hope that can be out by summer time.

Photos and interview by Reva May