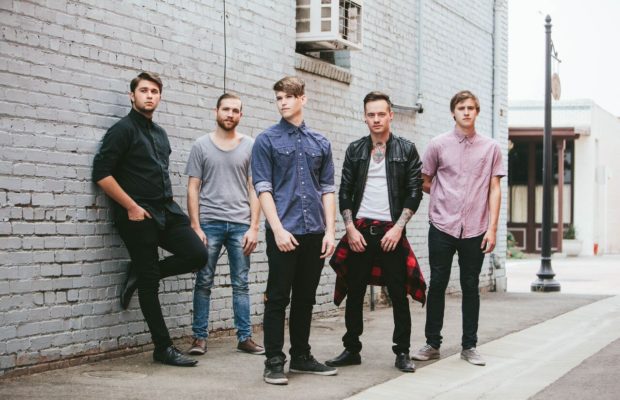 Hailing from Sacramento, California, post-hardcore band A Foreign Affair recently finished their new EP and are currently working on new material for a full length album and have plans to tour sometime next year. We recently caught up with the band to chat all about their upcoming plans and also their brand new single “AWAKE” that they released a music video for earlier last month.

For those that may not know, how and when did A Foreign Affair form?

After Alex Strobaugh’s [vocalist] departure from Incredible Me, he was later contacted by Andrew Kinsey [drummer] to form a new musical project. The project already consisted of Jared Cambridge [guitarist] and later included Nick Blevins [guitarist] and Jordan Hoover [bassist/vocalist].

You are from Sacramento, California. Has the local music scene in that area influenced A Foreign Affair in any way and if so, how?

We’ve all been heavily involved in the Sacramento music scene for years so I’d say we’ve definitely been influenced by the progressive aspects that this area has to offer.

How would you describe your music to those who may have not heard it before?

We are a hard hitting band with progressive guitars complimented by electronic nuances.

You just released a music video for your song “AWAKE”. Where did the concept for the video come from?

“AWAKE” is a song that encompasses the feeling of being haunted by someone’s memory. It’s about coming to terms with living without someone who has been lost.

A Foreign Affair’s released a number of covers this past year including tracks by Bring Me The Horizon, Twenty One Pilots and The Story So Far. How do you pick the songs you are going to cover and is there a certain process you like to go through when it comes to transforming these songs so they have more of A Foreign Affair sound?

We pick our songs based on their relevancy in pop culture as well as the musical aspects of the song.

You are very active on your social media accounts. Whether positively or negatively, how do you think social media websites and the internet have impacted A Foreign Affair?

Social media outlets provide a platform for getting our music out to people outside of Northern California. In this day and age, it is an essential marketing tool and also allows us to make real connections with our fans.

What are your plans for the rest of the year (in the studio, touring, etc.)?

We have recently finished our EP and are now not only working on new material for a full album but working on covers in between. We plan on touring next year indefinitely and can’t wait to meet our fans in different cities.