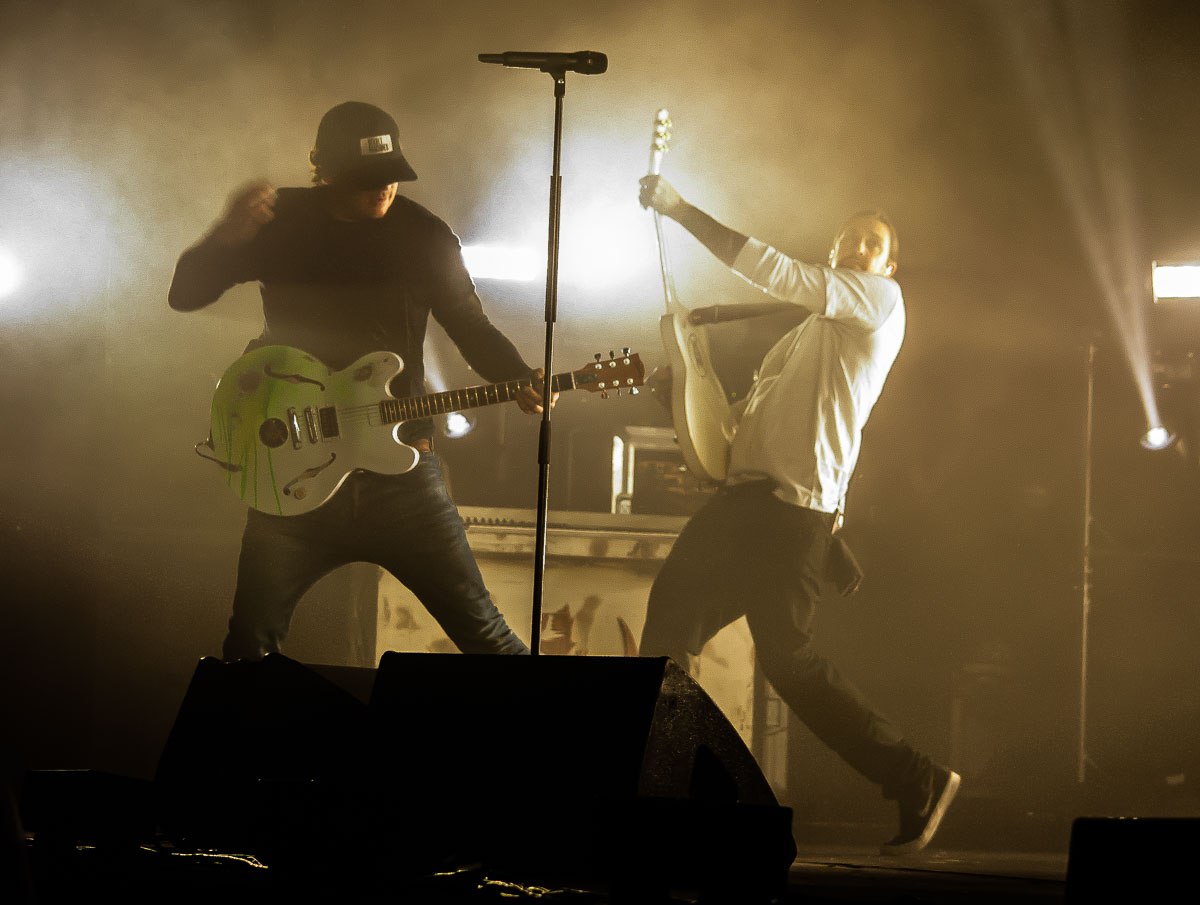 Angels and Airwaves with The Blue Stones and Sessions

Fans were in for a treat on the evening of December 14th when, after a 7 year tour hiatus, Angels and Airwaves made a stop in Louisville, KY as a part of their reunion tour.  With a packed venue of passionate fans that filled the room with an incredible energy, it was apparent that many of them had long been awaiting this very moment!  DeLonge, along with the other band members, were in high spirits this evening.  They were clearly happy to be on stage once again, performing their songs for a receptive crowd that was all too happy to sing along to every song this evening!  Starting the evening out with “Valkyrie Missile”, they performed hits such as “Surrender”, “Everything’s Magic”, “Anxiety”, “Kiss With A Spell”, “Paralyzed” and “The Wolfpack”.  The band also performed their new single “Rebel Girl”, which had the crowd dancing and singing along.  DeLonge had fun with the crowd throughout the set, chatting frequently between songs and making jokes and telling funny stories that kept the audience laughing and having a great time.  Towards the end of the set, he treated the audience to a short acoustic medley that included Blink 182’s “I Miss You” and “Aliens Exist” and Box Car Racer’s “There Is”, which saw the crowd go wild with excitement!  Although he didn’t sing each song in its entirety, he more than made up for it by telling stories in the midst of each song.   Ending the set with “Heaven”, the band took a bow and waved to the crowd before exiting the stage, with DeLonge walking to the edge of the stage to briefly interact with the fans at the barricade.  It was an incredibly fun evening of music and storytelling!  Canadian blues/rock duo The Blue Stones and Louisville Indie Rock band Sessions opened the show.