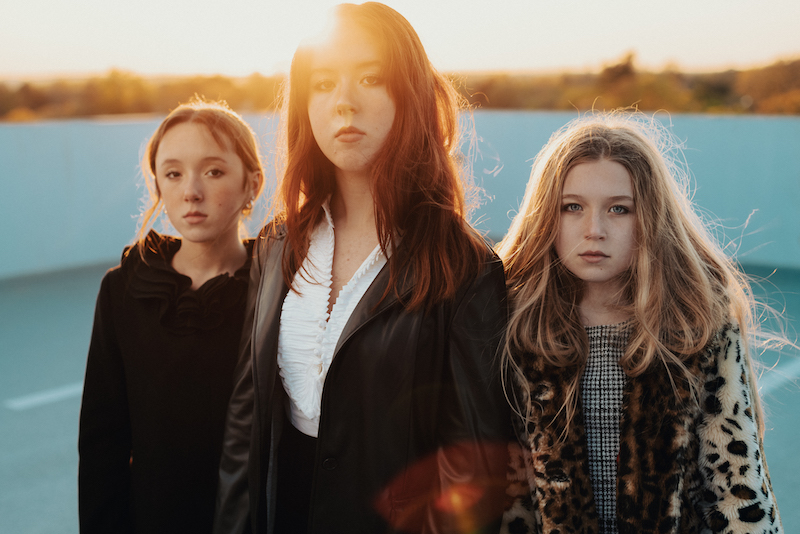 Sixteen year old singer, songwriter and multi-instrumentalist WALLIS will release her second single, “Another Day” on June 25th.  “Another Day” is the much anticipated follow up to the teen sensation’s 2020 viral hit, “Lonely Christmas.”  The debut single from the then-15-year-old amassed over one million views on YouTube in just eighteen days in December.  Co-written with her father, Gene Schriver, “Another Day” was recorded at their Pennsylvania home and at the famed Criteria Studios in Miami with Grammy winning engineer Carlos Alvarez. “Another Day” features vocals from Maren Schriver and Soleil Schriver (together with WALLIS, the Schriver Sisters) and appearances from bassist Julio Hernandez (Barry Gibbs), trombonist Steve Sigmund (Ray Charles) and Cisco Dimas (K.C. and the Sunshine Band) on trumpet.  “This is a song about coping.  It’s about seeing light in the darkness and dancing through it.  Growing up in a world that’s often very confusing for my generation, I have to remind myself that I have everything I need to survive, and when I feel lost I can find myself through music,” says WALLIS.  “We faced so many obstacles finishing ‘Another Day’ during the pandemic,” says WALLIS, “but it was all worth it because I am incredibly proud of this song.  I’m beyond excited to share it with the world.”

“Just getting ‘Another Day’ completed feels like a huge achievement, considering all that went into it.  The song started at home and we ended up having some pretty amazing experiences along the way of its creation, adding to it at Criteria Studios in Miami and ultimately finishing it off at MilkBoy in Philly.  The song expresses my fears, anxiety and longing, which I think a lot of people in my generation experience.  But we also push those negative feelings aside in the song, and sort of say, ‘I have everything I need, and I’m going to dance my way through it all.’  We combined several genres into this song… kind of like an everything bagel.  I can’t wait for people to hear it.”

WALLIS and her collaborator father, Gene Schriver, wrote and recorded the majority of the song bit-by-bit over the course of two years in a small bedroom in their suburban Philadelphia home.  Completing the recording of “Another Day,” however, would prove to be a difficult task. No one predicted the staggering success of “Lonely Christmas” in early December, and WALLIS and her family had already planned a trip to Miami for the holidays.  Suddenly, WALLIS was giving interviews daily while fans and press alike kept asking the performer when her next song would be released.  “All I kept hearing was ‘You need to get the next song out while you have all this attention,’” WALLIS remembers. “We had lots of songs that were half-done, but we suddenly felt a lot of pressure to get something out quickly.”  When they arrived in Miami, they set up a makeshift studio in the house they rented.  “The family who lived there had kids who were in a band, so the house was filled with instruments,” says WALLIS.  “They were kind enough to let us use them.”  However, recording at the house wouldn’t be enough for what the Schrivers wanted to do with the song.  So Gene Schriver called Miami’s legendary Criteria Studios to tell them about their situation.  “Criteria was super accommodating,” says Schriver.  “I told them, ‘I need to cut vocals.  I need a bass player.  I need a trumpet and a trombone.” “Their response was, “How about the room where the BeeGees and Pharell Williams worked?  How about a Grammy-winning engineer?  How about Barry Gibb’s bass player?  How about Ray Charles’ music director on trombone?  How about a trumpet player from K.C. and the Sunshine Band?”  “I said, ‘That sounds reasonable,’ and I just laughed at how ridiculous it was that we suddenly had such incredible resources at our fingertips, when we were recording a little song in a bedroom just two weeks ago.”

WALLIS and her dad spent nearly the entire vacation in the studio.  Given they were working through the height of the pandemic, they were worried about being in close quarters with people from outside of their family.  Everyone was masked for up to ten hours a day unless WALLIS or her sisters Maren (13) and Soleil (10) (all three perform as the Schriver Sisters), were singing behind a glass wall.  “I was intrigued by this project because I was really impressed by WALLIS’ voice on ‘Lonely Christmas’, recalls engineer Carlos Alvarez, a Grammy-winner who has worked with Ricky Martin and Kelly Clarkson.  “WALLIS was a 15-year old girl walking into a world-renowned studio for the first time.  We started tracking in a vocal studio used by legends like Barbra Streisand, Adele and Justin Timberlake.  For many young artists, it usually takes time to get comfortable with the whole studio environment.  That was not the case with WALLIS.  The very first notes she sang, I absolutely got chills.  I knew right away she was the real deal.”  One of the last days in the studio was scheduled for New Year’s Eve, but that session never materialized. “[Engineer] Carlos called and told me our assistant engineer had a fever,” recalls Schriver.  “That brought the entire production to a halt.  We were concerned for him and also worried we all could be sick.  Even though we were meticulously careful, as a father, I hoped we didn’t take too much of a risk.”

They soon found themselves outside the parking lot at Criteria where a doctor administered COVID tests from the trunk of his car.  WALLIS and Gene tested negative.  The assistant engineer was a different story.  “We felt so badly for him,” says WALLIS.  “We said goodbye from a distance, and he went home to recover.” (The engineer has recovered fully.)  WALLIS and her family packed their bags and headed home to Philadelphia, where they hit the reset button.  They reconnected with “Lonely Christmas” engineer Cody Cichowski to finish “Another Day” and scheduling challenges made completing the song take longer than expected.  “Another Day” features some lyrics in Spanish.  WALLIS has family in Argentina, and is a fan of Chilean-French singer Ana Tijoux, who sings and raps in Spanish.  “I was nervous about the Spanish, because I don’t speak Spanish very well and I didn’t want to get it wrong, but I love the meaning,” she says.  “No matter what’s happened in the past, I can keep looking ahead and reaching for more.  More connection, more understanding, more meaning.”  WALLIS decided the message was too important not to include it.  “When the Spanish speaking engineers and musicians at Criteria encouraged me, I was like, ‘I gotta do this.’”  Asked if she is more prepared for releasing “Another Day” given her experience with “Lonely Christmas”, Wallis says, “I’m grateful for all the support I’ve received, and I’m ready for whatever’s next. Let’s go.”

Born into a musical family in Philadelphia, WALLIS discovered a deep connection to music at a young age.  Growing up, WALLIS performed in many local musical theater productions, choirs and competitive dance teams.  At twelve years old, she was cast in her first professional musical theatre production.  Subsequently, WALLIS enrolled in a performing arts school to study her craft full-time.  She soon began performing at cabarets, clubs, theatres and festivals.  WALLIS frequently collaborates with her producer/songwriter father, Gene Schriver and performs with her sisters Maren (13) and Soleil (10).  The trio has performed professionally as the Schriver Sisters since 2017.  Following the success of “Lonely Christmas”, WALLIS made television appearances nationwide, was playlisted on NPR’s New Music Friday, included in Paste Magazine’s holiday sampler, featured on TODAY.com, shared by Ellen DeGeneres on social media, and has been covered by dozens of news and media outlets around the world.  “Lonely Christmas” was played on dozens of terrestrial and streaming radio stations across the U.S. and Europe.  WALLIS plans to continue to release new music and play select dates throughout 2021. You can connect with WALLIS via the following links:

About the Schriver Sisters

Wallis, Maren and Soleil Schriver are sisters who have been singing together since they were very young.  The three, Wallis (16), Maren (13) and Soleil (10), are each accomplished vocalists who have performed professionally on stages large and small since they were children.  Wallis has performed in regional professional theatre in productions of “Annie” at the Walnut Street Theatre in Philadelphia, and in “Matilda the Musical” at SALT Performing Arts.  Maren has performed in “Matilda the Musical” and played Young Princess Fiona in “Shrek the Musical” at the Walnut Street theatre.  Still just 10 years old, Soleil has performed in cabarets and large venue concert halls, where the Schriver Sisters have also performed as a trio.