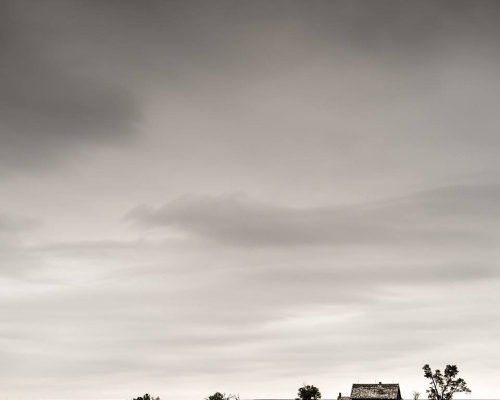 Yellowcard’s been a household name in alternative rock since they released what is undoubtedly one of the most influential albums in the scene, Ocean Avenue, back in 2003. Over the two decades they have been together, they have toured the world, released ten incredible albums, and have touched us all in one way or another with their music and humility. But now, with this self-titled album, Yellowcard’s saying goodbye after twenty years together, leaving behind a legacy only few acts are able to achieve.

It’s no doubt Yellowcard has a very bittersweet feeling surrounding it as this is the last album from the band listeners will ever hear. Nevertheless, it’s clear that Yellowcard intended to go out stronger than ever, producing ten songs that will help carry the Yellowcard legacy on forever.

Opening up the album is “Rest In Peace”, an emotional song about the trials and tribulations we all encounter through life. As soon as the chorus hits, the blend of nostalgic guitar melodies, soothing violin notes, and powerful vocals blend together, creating the signature Yellowcard sound that is so familiar to us. “Rest In Peace” is a song that takes every listener through a journey from start to finish, reminding us of why we all fell in love with Yellowcard so long ago.

For this record, Yellowcard didn’t set out to accomplish anything other than producing an album that encompasses the signature sound they have refined over the years. Track after track, Yellowcard is a blend of their past releases – the nostalgia of Ocean Avenue, the fast paced rock tempos of Lights and Sounds, the quality, descriptive writing of Southern Air and so on. No matter which album was a favorite, listeners are able to get something out of each of the tracks on this album.

Reminiscent of something that would be found on Death Cab For Cutie’s Plans, “I’m A Wrecking Ball” is a pleasant stripped down moment on the album, offering a change of pace and different style than many of the other tracks on the record. With an acoustic guitar that carries the song, “I’m A Wrecking Ball” is a reminder that Yellowcard’s not only known for their rock heavy songs, but can also produce beautifully written and simplistic tracks.

Closing out the record with “Fields & Fences”, this is the perfect song to end Yellowcard and send off their farewell in the most bittersweet way possible. With the song starting off stripped down and soft, Sean Mackin really taking the forefront with his violin, the track quickly picks up in traditional Yellowcard fashion with electric guitars and strong percussion.

With the lyrics “I don’t have much that I can give to you/ but I know I love the way you make me feel like I’m at home / and I am not alone”, this send off song stands as a reminder to fans that have supported Yellowcard throughout the years that while the band won’t be making anymore albums, their music will always be there for a sense of comfort and in times of solace.

In the simplest terms, Yellowcard is nothing short of a masterpiece and is the perfect send off for a band that has accomplished so much over the years. Yellowcard may be going off to do different things, but this album, along with the rest of their discography and the memories that come along with it, will always be there for us to come back to time and time again.

Thank you for the twenty years, Yellowcard. You will be missed.