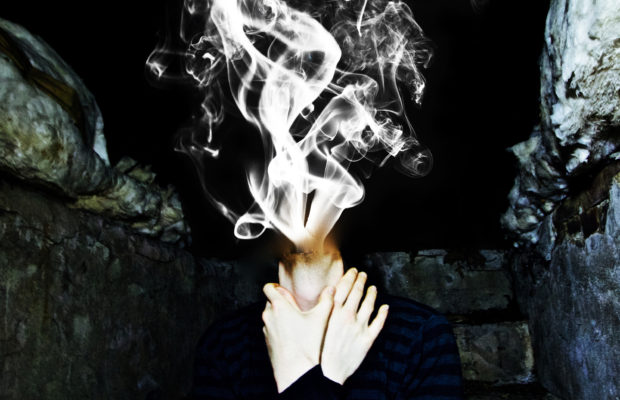 Hailing from Austin, TX, aggressive pop-punk band Thieves are releasing their first full length album, No Motive, since their debut LP in 2011. However, the past five years have been big ones for the band. Releasing two EP’s, landing a slot at Fun Fun Fun Fest and SXSW, opening for pop-punk legends The Story So Far, and winning the Ernie Ball Battle of the Bands Competition, which allowed for them to play their hometown Warped Tour date in 2012. While the genre of pop-punk is constantly growing and the ability to stand out becomes more challenging, Thieves have created a sound all their own. Infusing sounds seen from pop-punk powerhouses like Major League and Knuckle Puck, with their own unique sound and lyricism, Thieves have been working tirelessly to create a name for themselves.

No Motive opens with “Drag Me Into Light”, which features powerful drums and nifty guitar riffs. The vocals of lead singer, Billy, flow consistently throughout the song. Despite its short length of 2 minutes and 30 seconds, the song allows the listener to have a clear idea of who Thieves are and what the rest of the album has in store.

“Fade” sees the band taking a more hardcore introduction into a song, combining heavy drums and guitar with some melodic synth in the background to create a moody and atmospheric sound. The chorus offers listeners with a classic pop-punk chorus that is suitable for head banging or dancing, whichever you prefer!

“Decoder” is one of the favorites on the album because of it’s powerhouse intro that refuses to take a backseat as the vocals flow into the track. No Motive concludes with the title track, which has an intro that is reminiscent of early VersaEmerge with it’s melodic guitar riffs. “Was it worth it to lose your soul? Save the speech, I’m never home. I am the door that locked behind you”, Billy screams into the microphone with powerful and raw emotion.

The ten-track album from Thieves, shows great progression and musical maturity from their last debut release 5 years ago. Throughout No Motive the band has shown that they are truly unique in both their sound and their lyricism. While many pop-punk bands on the scene today use their lyrics to sing about devastating breakups or not wanting to grow up, Thieves have written songs filled to the brim with strong emotion and musical content. The album is a must have for any pop-punk fan because big things will be coming for Thieves.