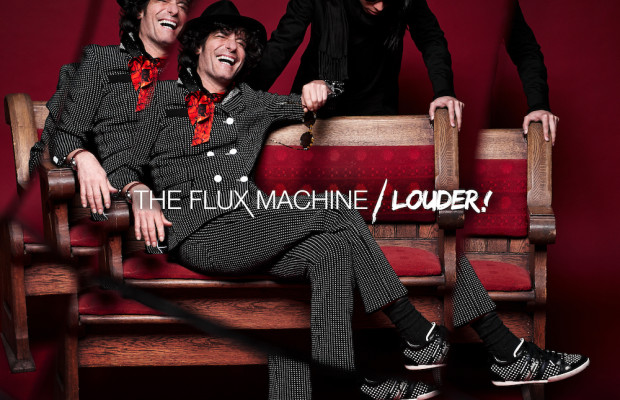 Punk rockers The Flux Machine recently released their latest LP Louder! on February 26th. The NYC-based duo, made up of Luis Accorsi and Raphael Sepulveda, present an energetic, funky album full of strong vocals with intense instrumentals to back them up. Right from the start, the liveliness from The Flux Machine is evident through their music.

The first track, “Run Away,” was released as the first single from the LP. Released back in August, the music video for “Run Away,” has surpassed 7600 views on YouTube. You can view the music video here. Up next is “Square Up,” which starts off with one hell of a catchy guitar riff, and is soon followed up by unique vocals with powerful lyrics.

The title track, “Louder!” is rather self explanatory. What do you expect from a song titled “Louder!?” Anyone is going to expect one loud and intense song. Music is always better when it’s louder, and this song is one I wouldn’t mind turning the whole way up. The notable lyrics are “I want it louder! As loud as it gets!” and that’s definitely an accurate way to describe my feelings towards this song, let alone the entire album.

With a twelve-track album, it’s hard for one song in particular to make a bigger impression than the others. However, I personally am a huge fan of “Believe.” The vocals are impeccable, but, believe me, this one is different than the rest. The overall vibe is just chill and very much a blend of pop punk and alternative rock. Following “Believe,” is “Love and Affection” – a almost-ballad that incorporates heavy drums with relatable lyrics, talking about a relationship that seemed to have taken a downfall, and needing love and affection to rekindle what was once there.

Upbeat and infused with punk, rock, and a little bit of everything in-between, The Flux Machine are sure to make you jam out. Be sure to pick up their latest release Louder! on iTunes.