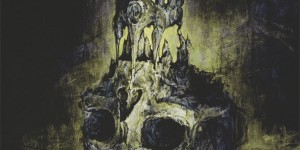 Coming off strong from touring on Warped Tour all summer, the highly awaited fourth full-length from Christian rockers, The Devil Wears Prada, has arrived. Dead Throne combines their unique melodies along with the fast-paced aggressiveness off of Zombie EP.  Offering up the entire album for streaming on deadthrone.com weeks before the release date, fans had the ability to experience exactly what they were in for.

The Devil Wears Prada makes it apparent that progression is always necessary and showcases that with their new sound going in a completely different direction.  While not taking the conceptual route as with Zombie, Dead Throne focuses on being anti-idolatry which can clearly be heard in the lyrics. The lead track, “Dead Throne,” sets the mood for the entire album with its dramatic theatrical intro quickly bursting into their trademark heavy sound.  Tim Lambesis, vocalist of As I Lay Dying, even makes a surprise guest vocal appearance on the album’s eleventh track, “Constance.”  The general shorter lengths of the 13 tracks were one of the disappointments to Dead Throne, and hardcore TDWP fans also noticed a lack of breakdowns and memorable choruses throughout.  However, the incorporation of the instrumental track, “Kansas,” helps truly display how much the band has matured not just in their music but in themselves as well.  Along with the early releases of “Born to Lose” and “R.I.T., ““Mammoth” has also made its way into the fan favorites.

The Devil Wears Prada brought it pretty hard the fourth time around and it is quite refreshing to hear the change of pace as well as the familiar elements that fans know and love.