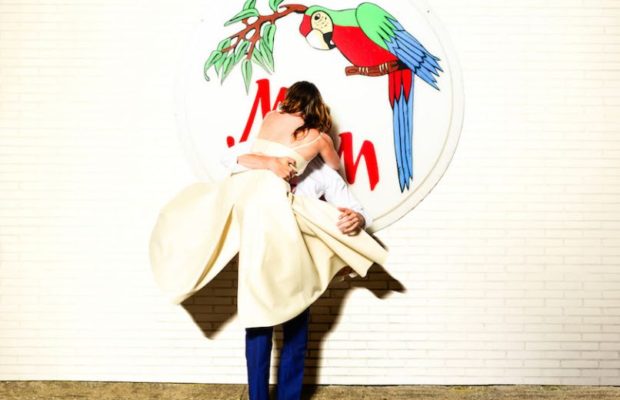 Their self-titled debut album put Durham, North Carolina on the map. Four years later, Sylvan Esso is back with What Now? their sophomore record that works to fully embrace the world of pop music while still keeping in tune with their electronic core. Sylvan Esso, made up of Nick Sanborn and Amelia Randall Meath, are two musicians who came together from completely different musical backgrounds. Sanborn’s electronic soundscape style blended perfectly with Meath’s indie-folk sound and together they began making waves in the industry.

On the newest release, listeners get to hear a continuation of their perfect blend while a profound maturity in sound is executed. While many critics and fans alike question whether Sylvan Esso would be able to match the debut record, What Now? is a promising record that offers listeners with many things to love.

The crisp cackling of the radio opens the album as “Sound” sets the tone. The eerie soundscapes that Sanborn creates in the introduction serves to ease listeners into the remainder of the track as Meath’s voice slowly emerges from a haze of glitches, coming into focus to declare, “I was gonna write a song for you.” The song is a soothing, lullaby-esque introduction into the album. Pulling straight from sounds seen on their self-titled, “Die Young” offers listeners with the distinct electro-pop sounds of Sylvan Esso, while pairing it with poignant lyricism. The track is an unexpectedly sweet love song about readjusting plans for an early death to accommodate a promising relationship.

Halfway through the album, fans stumble upon my personal favorite track on the record, “Kick Jump Twist.” First hearing this song at it’s live premiere at the Meadows Music and Arts Festival in New York City in October, I was hooked. What begins as a seemingly quiet and simple track with the sounds of electronic water drops plopping in the background, turns into a crazy club-esque track that really gets listeners off their feet. Sylvan Esso saved the longest song on the record for the last. “Rewind,” which sits at 4:40 exactly, is a slinky closer that brings things back to the vibe of the duo’s first record, a reminder perhaps of where things started just a short time ago.

Sylvan Esso have come a long way since their beginning in 2013. Over the course of four years, the duo have worked to deliver one of the most memorable indie-pop records and have paid close attention to what listeners like. Showing deep maturity in their sound, What Now? is a record that leaves the sophomore slump far behind, eating the dust. Sanborn and Meath had something to prove and not only did they prove it — they completely smashed it. Their passion and seamless blend of musical backgrounds shines through on this record and will be a sure favorite for fans near and far.