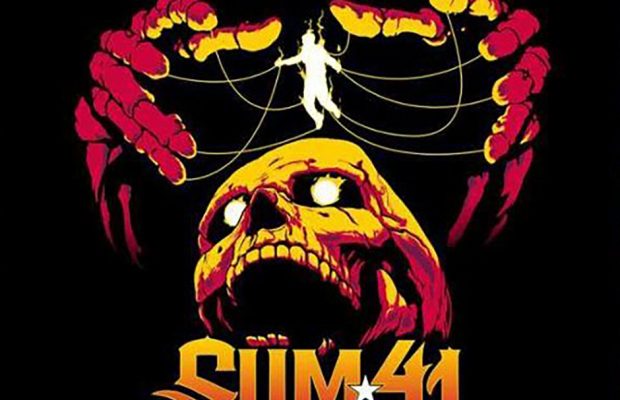 Sum 41 is back at it again! From their humble beginnings in Ajax, Ontario, their rise to stardom came with their second album All Killer No Filler and eventually led them on the journey no one could prepare them for. With ten solid years and great highs, it seemed like the lifestyle would never end, until  lead singer Deryck Whibley found his lowest of lows. Shortly after seeing Sum 41 on the 10 year anniversary tour for Does This Look Infected, it appeared that the rockstar lifestyle had engulfed Whibley. After facing death head-on,  Deryck Whibley made his triumphant return with fellow bandmates to the stages with Sum’s previous record, 13 voices, in 2016. While many suspected the bands return to be “one and done”, Order In Decline has silenced many naysayers. While the angst of their youth has subsided, Order In Decline steps away from the conventional pop-punk melodies and instead, has matured the sound of Sum 41 to, what I would classify as, a Rock & Roll record.

Order In Decline opens with “Turning Away.” A powerfully written song, that speaks to freedom, possibly a former relationship, or even Whibley’s past addictions, with lyrics, powerfully delivered: “I’m turning away/ Because I feel like I can’t go on, while we’re living in this lie/ And when all of my faith is gone, I don’t even want to try/ There’s nothing that you could say, that could ever change my mind”

It appears the angst in the lyrics is still strongly felt throughout the record. The album switches gears on track number seven, “Never There”, an acoustic track expressing Deryck’s feelings towards his father.

Order In Decline, start to finish is a well-executed record. In my honest opinion, they covered all their bases in an attempt to write something fans both old and new would appreciate. While nothing grabbed at my former teenage angst the way I would have hoped, I do look forward to seeing this tour cycle as a few of these songs will have quite the mosh pit!

Catch Sum 41 on one of the dates listed below: