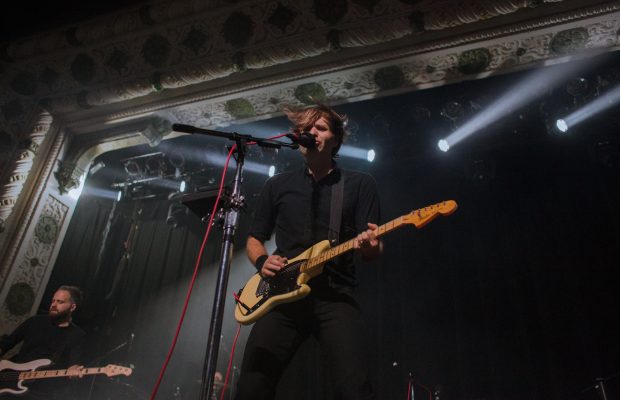 photos and words by Micki Harris

The saying goes that nothing good happens after midnight, but this Death Cab for Cutie Lollapalooza aftershow makes me beg to differ. After day 1 of the famous 4 day music festival, Death Cab put on a show up north at Metro Chicago, a venue that has so much history and has hosted so many of the greats, like Nirvana, The Ramones, and Prince.

Death Cab for Cutie has a large catalog, dating all the way back to their first studio record in 1998. They’ve gracefully been putting out new music all these years, and with that much music out there, I can only imagine what a challenge it can be to put together a setlist that satisfies the die hards, the fair weathers, and the band themselves. Plans was the first record I ever heard of them and to this day, the record I know the best. I was 7 years old when it came out and I was introduced to it by my father, who would often play the album when we were on long drives or after dinner over the stereo in the house I grew up in. My dad shared with me that those songs meant a lot to him, and that “Marching Bands of Manhattan” would often sing him to sleep as he laid alone in our childhood home when he and my mother were getting divorced.

Sorrow drips into your heart through a pinhole, just like a faucet that leaks and there is comfort in the sound – But while you debate half empty or half full, it slowly rises. Your love is going to drown.

Ever since then, those songs have represented a new found empathy for that experience through my dad’s point of view. So you could imagine my overwhelming emotions when Death Cab took the stage at Metro last week with Marching Bands of Manhattan. Soft, sweet, and sorrowful, it’s a song that layers and builds, sort of like how the whole rest of their set did.