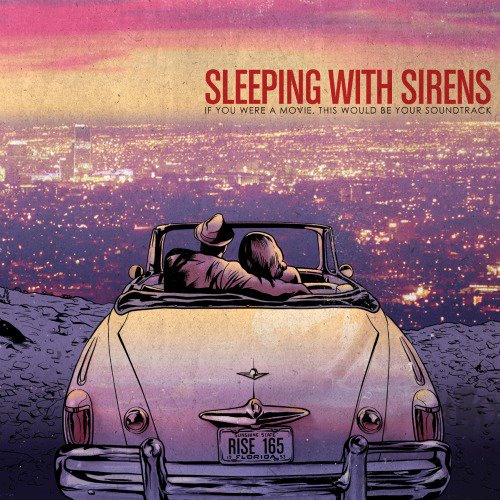 One of 2012 Warped Tour’s hottest acts Sleeping With Sirens released their acoustic EP If You Were A Movie, This Would Be Your Soundtrack on June 26th via Rise Records.

In between recording guest vocals on Pierce The Veil and Memphis May Fire;s new albums, Kellin Quinn and his band have dedicated some of their time concocting what is now an absolute acoustic masterpiece. Melancholy mended with an R&B edge and a dash of nostalgia beams through the five tracks, it features classics like “James Dean & Audrey Hepburn” and ‘’With Ears To See And Eyes To Hear’’ along with three new songs. The way they have reworked the two classics from an aggressive sounding track to a mellifluous ballad is just simply remarkable. ‘’With Ears To See And Eyes To Hear’’ is definitely a favourite, these two tracks have not only affirmed delicacy in their rhythms and choruses but have also taken musical transitioning to a new level.

Two new songs ‘’Roger Rabbit’’ & ‘’Don’t You Ever Forget About Me’’ appear on the album as works derived from Kellin’s alter hip hop/R&B ego. It’s really interesting to experience how well these elements work with the current style of the band. The latter has enchanting melodies with lyrics striking emotions the hardest at ‘’’If it’s for the best then I wish you well, If it helps to say our life was a living hell’’.

‘’Stomach Tied In Knots’’ is a b-side on the ‘’Let’s Cheers To This’’ album and this heartfelt song fits just perfectly on the EP.

‘’If You Were A Movie, This Would Be Your Soundtrack’’ has definitely pushed boundaries for Sleeping With Sirens establishing the idea that they are much more than just another post-hardcore outfit paid to make fans scream.

One thought on “Album Review: Sleeping With Sirens ‘If You Were A Movie, This Would Be Your Soundtrack’”