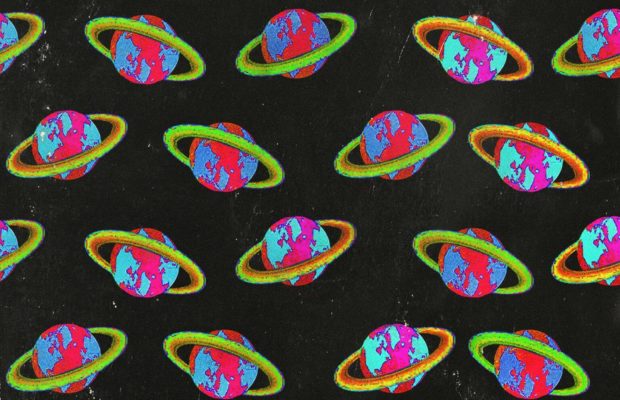 Parallel Universe marks the eighth studio album release from the alternative rock/power pop band, The Plain White T’s. The band recently re-signed to Fearless Records in April of this year (they were previously alumni of Fearless, with Stop and All That We Needed being released through the label). Their most recent studio album, American Nights, was released in 2015 through Megaforce Records. This record is an important point in the band’s career as they return to the spotlight and continue to define their place in a constantly growing and changing music industry.

This record is a step away from The Plain White T’s previous sound on American Nights; however, it is not too drastic and appears to be a natural progression for the band.

Parallel Universe contains a pop-rock centered sound with dance and electronic influences blended in throughout the record. It distinguishes The Plain White T’s from other bands within the genre, while remaining appealing to a mainstream audience. For instance, fans can expect to hear the band’s unique sound shine through on “Bonnie I Want You” (which is one of the most sonically interesting tracks on the album, with an electronic-esque beat and dynamic vocals), “Lips” (this can be observed through how the piano, guitar, and strings are combined to give the song an anthemic vibe), and “Top Of The World” (which incorporates the guitar riffs and rock-oriented tempo that I have grown to expect from the band with a sound that compels the listener to dance along) while tracks such as “Light Up The Room” and “Call Me” could easily be heard on the radio as they have a tendency to get stuck in your head.

Lyrically, Parallel Universe illustrates an image of an individual that is longing for love but is frustrated with the pitfalls and trials that often come along with it, which effects their emotional and mental health. “Bury Me” introduces this theme to the record, with lyrics such as “Dig a hole for me in your soul / pull me in and don’t let me go”. This continues into “No Imitations”, which is an upbeat declaration of how the individual only desires this one, irreplaceable person that they will “not accept no imitations” for. Once the listener reaches “Low”, however, it becomes apparent that this is beginning to have a harsh effect on them. On the opposite end of the spectrum from a track like “Top Of The World”, lyrics such as “used to love livin’ life / now I’m just so sick of it” and “been such a long time since I could smile” show the progression that has taken place. This carries on into “I Should Be Dead”, which is a blunt statement that (depending on how the listener chooses to interpret it) could be interpreted as a statement about how alcoholism can interact with mental health (just take a glance at lyrics such as “this life’s got no escape” and “running out of time / running out of love”). Regardless, it is one of the most raw tracks on Parallel Universe.

After the turmoil that exists throughout the record, “End Of The World” pulls everything into perspective as it lyrically comes to terms with past relationships, gives a conclusion to messages portrayed in other songs, and signifies moving on in life (“if I don’t go out tonight, how will I fall in love?”). Complete with a dance-oriented beat and positive, carefree lyrics, it leaves listeners with a positive message.

The Plain White T’s are going out on tour with Armors, SayWeCanFly, and A Summer High this October and November in the west coast of United States, with one select Canada date.