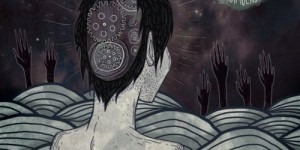 A Sequence Of Ghosts – Hostage(s)
4 stars

ASOG has only been a band for about a year, having released a previous self-titled album. While listening to their latest album Hostage(s) I find it hard to tell. Their sound is very mature and well built. Each track on the album pulls the listener in with it’s solid intro’s. Packed with give great songs, this album really shows great potential for A Sequence Of Ghosts. They are sure to make a mark in industry.