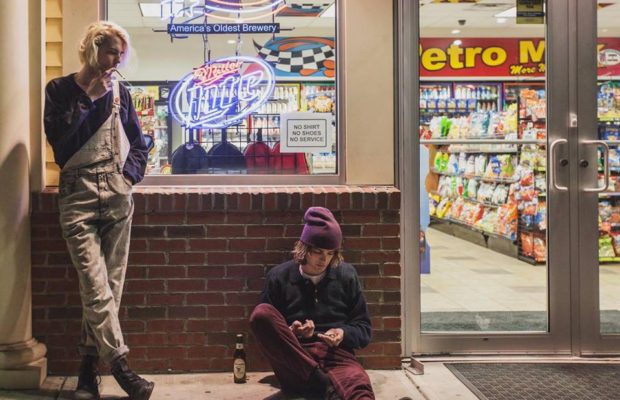 Heyrocco, the indie rock band that has proclaimed themselves as South Carolina’s first rock n’ roll band recently released their 2016 EP, Waiting On Cool, their most recent release since their debut album last year. Made up of Nathan Merli, Christopher Cool, and Tanner Cooper, Heyrocco have become known for bringing the ever popular garage rock of Southern California over to the East Coast, infusing the South with heavy guitar and drums. However, Heyrocco have decided to show fans a different side of the band, one that offers a slower and more unplugged version. This was a successfully strategic choice by the band and has showed viewers just how dynamic and talented Heyrocco truly is.

The EP opens with “Yeah”, perhaps the most distinctly Heyrocco song on the album. Serving the purpose of getting the listener pumped up for what to expect further on the EP, the song is electrified with heavy guitar and a bass that radiates through the listener’s ears. “Yeah” is a great tune for summer, filled with young teen angst, the band has successfully brought the tunes that mirror a grunge-y East Coast Wavves.

“Slice of Life” follows, as the listener is slowing introduced into the tranquility of this unseen side of Heyrocco. The song is rather pensive, seemingly a reflection on a time passed: “yeah but I think it’s time that you leave me alone, alright/ I can’t hang out here anymore”. “Slice of Life” is a reassuring departure song; a song about leaving an entity that perhaps had a bad influence on you.

Throughout the entirety of the EP, lead singer Nathan Merli has proved that his vocal game is strong, providing the listener with soothing, soft and controlled vocals. Heyrocco’s very good at telling a story through their lyricism and even better at painting a proper picture through their sounds.

The EP concludes with “Perfect World”, a track that is a seamless blend of both new and old Heyrocco and brings the album to a complete full circle. This track perfectly blends the popular garage rock seen in the opening track and blends it with the slowed down, more acoustic infused vibes seen in the later half of the EP.

Waiting On Cool is out now via Vital Music Group / Dine Alone Records. Heyrocco have not announced a formal tour but will be playing some shows over the summer in Chicago, Nashville and New York.