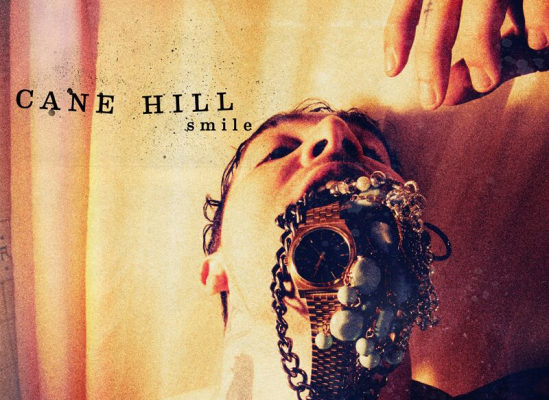 If you’re a philistine when it comes to metal, Cane Hill’s first studio album might sound like your run-of-the-mill rock album. If you take a closer listen, however, you’ll find that there’s something genuine and raw about this New Orleans metal quartet.

Named for an asylum in the UK, the band achieved moderate success with their self-titled EP in 2015, followed by opening for metalcore band Atreyu on tour. For their first full-length album, vocalist Elijah Witt said, “we’ve honed in on the violence and honesty that we’ve felt music has lacked.”

The album opens with “MGGDA” (My Good Goddamn America), a powerhouse led by Witt’s deep, growling vocals and backed by guitarist James Barnett, bassist Ryan Henriquez, and drummer Devin Clark. The opening track sounds like a blend of Pantera, Marilyn Manson, and Slipknot, with brutal, straightforward lyrics. The band’s fans (who call themselves “Patients”) will enjoy the band’s furious style for this first song, and new listeners will be pulled in to Cane Hill’s angry and often disturbing style.

Ahead of Smile’s release, the band put out three separate singles over the course of a few months. “The (New) Jesus” offers a slightly more pop/alternative beat, but Witt’s vocals never stray away from the band’s overarching death metal sound. “True Love” sounds like a collaboration with Trent Reznor circa 1995 (think David Bowie’s Earthling, but produced by Cannibal Corpse), and “You’re So Wonderful” could be on your local alternative radio station.

Cane Hill’s currently touring with Warped Tour, and their fan base will surely grow from here on out. Smile is by no means a perfect album, and this fledgling group still has a long way to go. However, their ability to craft meaningful and powerful songs will keep their fan base rising.