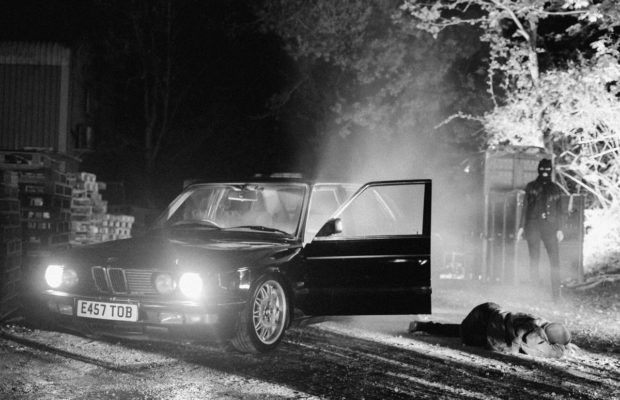 Whilst touring around America and Europe, Boston Manor have really come into their own. 2 years since their debut album ‘Be Nothing’ the band have gone through some changes and it shows in the newest release ‘Welcome To The Neighborhood’. It is a change of tone and direction musically for the 5 piece band and they start to tackle some more serious issues such as drug addiction and the way it has destroyed the lives of the people living in their hometown of Blackpool.

From the moment the title track kicks of ‘Welcome To The Neighbourhood’, Boston Manor’s second full-length, it’s obvious that they are not quite the same band they were before. Just like anyone and anything, they’ve changed and grown with the time since their last release. They’re still very much Boston Manor, but their musical and lyrical focus is shifting. They’re building on the sound of 2016’s debut full-length, ‘Be Nothing’, as well as ‘Saudade’, their EP from the previous year, to fully understand and transition into who they are in 2018. “I think the time between the last record and this one, we kind of thought we knew who we were,” explains vocalist Henry Cox, “but we’ve realised that even now we’re still figuring that out. Before, we were scared to try stuff, whereas on this record there were no limits. We wanted to push ourselves, instead of being terrified to dip just one little toe in the wrong direction.”

The fact that they are embracing the fact that they want to change and they have been so willing to do something different sets this album off to a great start and Boston Manor are delivering on what they striving for. The different approach to this album gives the listener a new aspect and realization of what Boston Manor are really capable of, still hitting us with breakdowns, incredible rift’s and some amazing vocals the ability of this band doesn’t seem to be showing any signs of stopping.

The focus on this album was very much on issues surrounding their hometown of Blackpool and the kind of downfall from what it was during the 60’s and 70’s. This brings a much darker tone to the album then their previous releases, leading us to take a much different look on the under belly of what is actually going on within the UK, the problems that are faced on daily basis. The release of ‘Welcome To The Neighborhood’ could have the potential to spark a acknowledgement of what is happening and maybe something could be to started to make a change. This could be an aspect of this album that puts it above others.

Musically the time from their last album it is easy to see that as a band they have developed leaps and bounds. The work seems much more in your face then their previous releases and relying on swinging choruses. Time has been taken on this album and the way it is coming across and it all feels suitable and fully comfortable with the dark tone of the album and in a sense it is what would be expected yet still different.

Following the release, Boston Manor head out on tour around the UK and more. This band have used the experiences they have gained to create something impressive and something that will stand above others in the genre. Hopefully they carry on developing on what they already have to carry on growing.