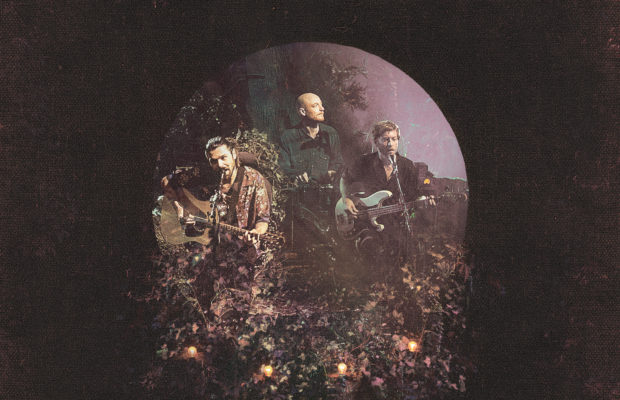 Scottish superstar trio, Biffy Clyro, have created a name for themselves across Europe and North America for their electrifying live performances — I would know because I go to every show I can when they’re in town. Many bands that give such mesmerizing live performances can often find themselves struggling when it comes time to strip those same songs down to their core and perform them in a raw and passionate manner, but Biffy Clyro is definitely not one of those bands.

Biffy Clyro got their start in the music industry 23 years ago and MTV Unplugged: Live At The Roundhouse is their debut acoustic album. The fifteen song record was recorded during their performance in November 2017 at London’s Roundhouse venue and offers listeners with a variety of songs, both old and new, for every level of Biffy fan out there. The album opens with a dramatic minute and a half of chanting, clapping and whistling in anticipation of Biffy Clyro — it almost feels as though you’re at The Roundhouse in London, enjoying the set unfolding before your eyes. Lead vocalist, Simon Neal takes command over the crowd as they begin with “The Captain”. It is truly interesting to see more aggressive songs such as “Black Chandelier” and “Bubbles”, stripped down and twisted into a peaceful melody — but it completely works.

This acoustic album allows for listeners to hear and take in the full breadth of talent that Biffy Clyro has to offer. Neil’s voice shines through on each and every track and in a style of music that makes bands often feel extremely vulnerable, Biffy prevails and shines through. My personal favorite is the jauntiness of “Drop It” and the seamless blend of guitar and harmonica that makes it the perfect song to listen to on a hot summer day. Lastly, the ultimate Biffy Blyro fans are not to worry as the album is chock full of acoustic renditions of the bands most popular hits like “Re-arrange”, “Many of Horror” and the final track “Machines”.

MTV Live will be broadcasting the debut of Biffy Clyro’s MTV Unplugged: Live At The Roundhouse on Saturday, May 26th at 9:00PM ET and then again at 12:00AM ET. In addition to that, the show will be broadcasted five more times in the week following.The album will be available wherever you purchase/stream your music on May 26th. You can stay up to date on all things Biffy Clyro on their website, Instagram, Facebook and Twitter!

You can also check out the video for “Many of Horror” at The Roundhouse below: