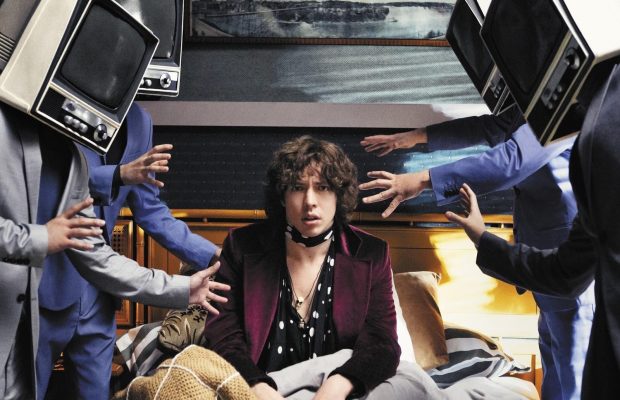 What’s next for the English musician Barns Courtney? No doubt, great things! Since the release of his first album, The Attractions of Youth in 2017, Courtney has been diligently working to produce another brilliant album. The second studio album 404 will be released September 6th, 2019. As a special preview of what to expect, Courtney pre released two singles, “you & I” and “Hollow”.  You can stream both singles on Spotify and watch the music video for “Hollow” below:

The album features 10 new tracks written and produced by Courtney and his long time friend Sam Battle. It explores his personal nostalgia; emotions that come with time and memories of the past into adulthood. Courtney feels in order for music to be real and honest it must come from within and be genuine. He decided on the 404 name as an emotional representational metaphor for when you search for something that doesn’t exist or can no longer be found. Most songs were recorded in one take and improvised. In this album you can really hear and feel Courtney tap into some raw, deep emotions. With Courtney’s diverse vocals, pop, folk and blues rock vibes, you can only expect to receive something just as unique as his personality. With this forthcoming album we can expect nothing but pure greatness!

I’m especially fond of track numbers 10, 9, 2, and 1. In the first track, “Hollow”, you can correlate the lyrics to the emptiness and numb struggles a person feels within themselves. The lyric give insight into some of Barns Courtney’s feelings: “Fill me up and I’ll follow/ Cuz pride’s hard to swallow/ Times like these make us hollow/ Hollow, hollow./Oh, down the mountain runs/ We’re the hollow ones/ Forever/ Oh, not the underground/ Or the overproud/ Forever /Hollow, hollow”

In the music video for “Hollow” you see Courtney dispassionate laying on a hospital bed while the nurse and doctors try to figure out a prognosis. Following a set of tests and looking inside the singer, the nurse list his diagnosis as hollow. Just as the nurse is about to cut into his chest, Courtney intervenes, jumps off the table, grabs his guitar and starts ardently singing; implying the cure to his condition lies within music and performing.

You can preorder the album here. The full track list is below.

In Honor of the new record Barns Courtney launched a North American tour. Headlining tour dates below with special guest The Hunna. Tickets can be purchased here