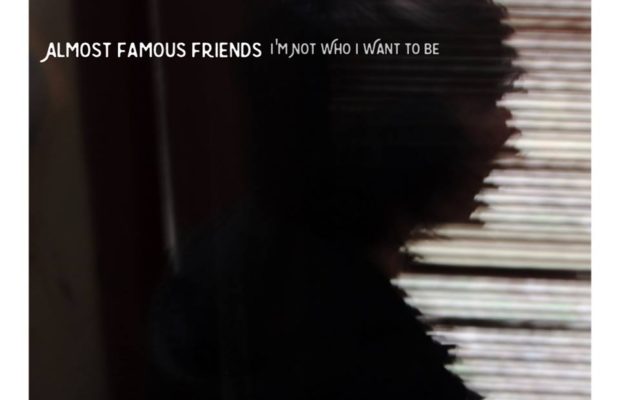 It’s no surprise that Almost Famous Friends hail from Austin, Texas. The city, synonymous with new and exciting live music, offers musicians a solid stage to stand on, megaphone in hand, and announce their work to the world. Almost Famous Friends, a pop-punk foursome from the city of music, takes the stage with their debut album, I’m Not Who I Want to Be.

Calling themselves the “Chronic Sad Boys” of Austin, the band formed in 2014 under the leadership of Tristan Wilson, lead guitarist and vocalist. Writing the lyrics and melodies, the group has said I’m Not Who I Want to Be is “…a journey through loss and recovery that we hope our fans can identify with on a personal level.”

Wilson’s melodic voice offers a comforting tone with deeply personal lyrics. The group, featuring Aris Manasco on drums, Hunter Sharpe on guitar, and Marlon Sexton on bass, released their first music video “All I Can Do” earlier this year. Drawing influences from such bands as Brand New and The Story So Far, the band comes off as a strong candidate for a future Warped Tour act. Although the single offers a somewhat formulaic melody, the band’s lyrics save them from becoming just another pop-punk group who will fade away.

The band’s album will be released on Friday, May 20, with a trio of shows around Austin this month. If this album is any indication of what the band has to offer, Austin will once again prove to be the city of great music.