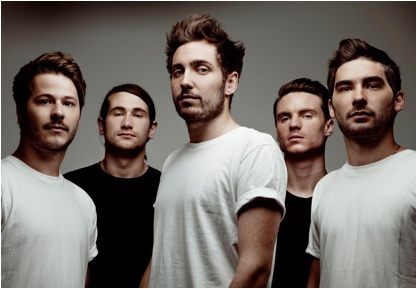 You Me At Six’s Josh Franceschi has posted a thank you message for the band’s fans. You can read what he had to say below.

I just wanted to quickly relay some thoughts and feelings to anyone who was interested enough to read them.
Back in December 2012 there was a cloud of uncertainty lingering over us lads, as we didn’t know what our next move would be. No label, no management, back to square one. I even recall having conversations with Dan if there was even a future for us as band and what the hell our next move would be.

We then did what any group of mates would do put in our position, we grew closer, a lot closer. In fact, I’d go as far as to say that our band, or at least for me, was the happiest we’d ever been. Why? Because we eliminated all the distractions, and got down to it.

We wrote cavalier youth with only one thing in mind, whatever was in store, we would release the songs. Regardless if we didn’t end up signing to a label or a new mgmt group. We didn’t care. We had you guys, our fans. So just to put out music first and foremost was most important.

So I guess the point of this message is to ultimately say thank you. This record is the rebirth of youmeatsix. Cavalier Youth is the record we’ve always wanted to make, and I’m so thankful that we’re able to finally share it with you.

Special thanks to Neal, Eric, Dave, Carina, Tom, Danny, Alexi, Hayley, Sarah and countless others who’ve been pivotal in bringing this record to the table.

I hope that within CY, you can all find some new ‘favourite ymas songs’. And I genuinely hope that these songs return the favour and repay the debt that we owe to you all. You continue to allow us to fulfil and chase our craziest and wildest dreams! Your support over the last 8 years has been unconditional and for that I genuinely have nothing I can give in return but the music I make with my friends, i hope it’s enough.