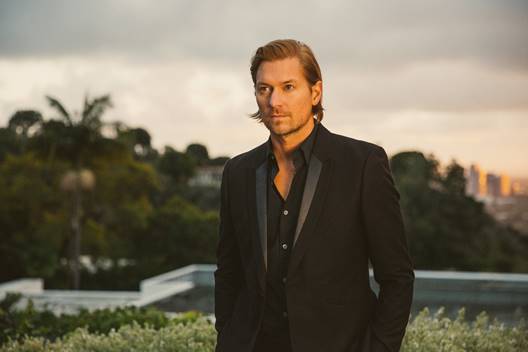 Atlantic recording artist Wilder Woods, known to many as Bear Rinehart, frontman and co-founder of GRAMMY® Award-nominated NEEDTOBREATHE, has released his latest video for “Light Shine In”, the lead track off his forthcoming debut album, WILDER WOODS.  “”Light Shine In” is the first song on this record…and it acts as a sort of manifesto for what Wilder Woods is all about. Recording the track was easily the most spontaneous experience I’ve ever had in the studio. It’s in your face, which was important to convey in the video, and will likely be the first song in the Wilder Woods live set this fall as well.”

Wilder Woods will celebrate the release of his debut LP by embarking on a full North American headline Fall tour, kicking off September 5th at Mod Club in Toronto, ON.  You can find all upcoming tour dates with ticket links HERE.  You can follow Wilder Woods and stay up-to-date on all upcoming music, artist and tour news via the following links: