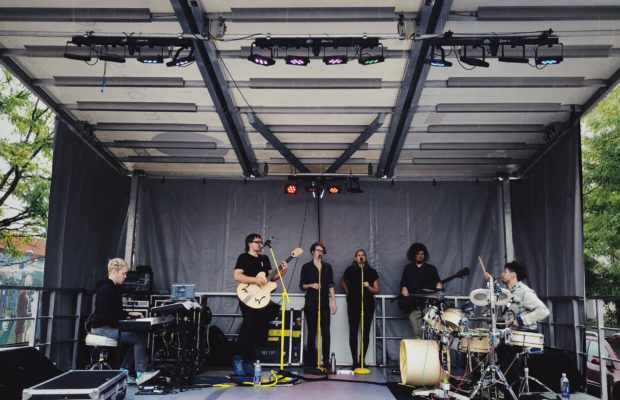 You might remember Wheatus from the early 2000s when they topped the charts with their hit single “Teenage Dirtbag”. This past weekend the band played one of their very rare US shows at the Northern Appalachian Folk Festival in Indiana, PA.

The weekend was overshadowed by non-stop rain, but some die-hard fans still made it out to the festival and cheered the band on, depsite the pouring rain.

One of them was 5 year old Avery, who traveled 4 hours to see his favorite band. His day was made when lead singer Brendan B. Brown invited him and some other kids up on stage during their hit “Teenage Dirtbag”.

Wheatus did not come with a prepared setlist, but instead let the crowd decide which songs they want to hear.

They did throw in a new song (Michelle) from their upcoming album. To find out when it gets released, please visit www.wheatus.com or follow their social media.

01. A Little Respect (Erasure Cover which the band released on their self titled album)

07. The Song That I Wrote When You Dissed Me