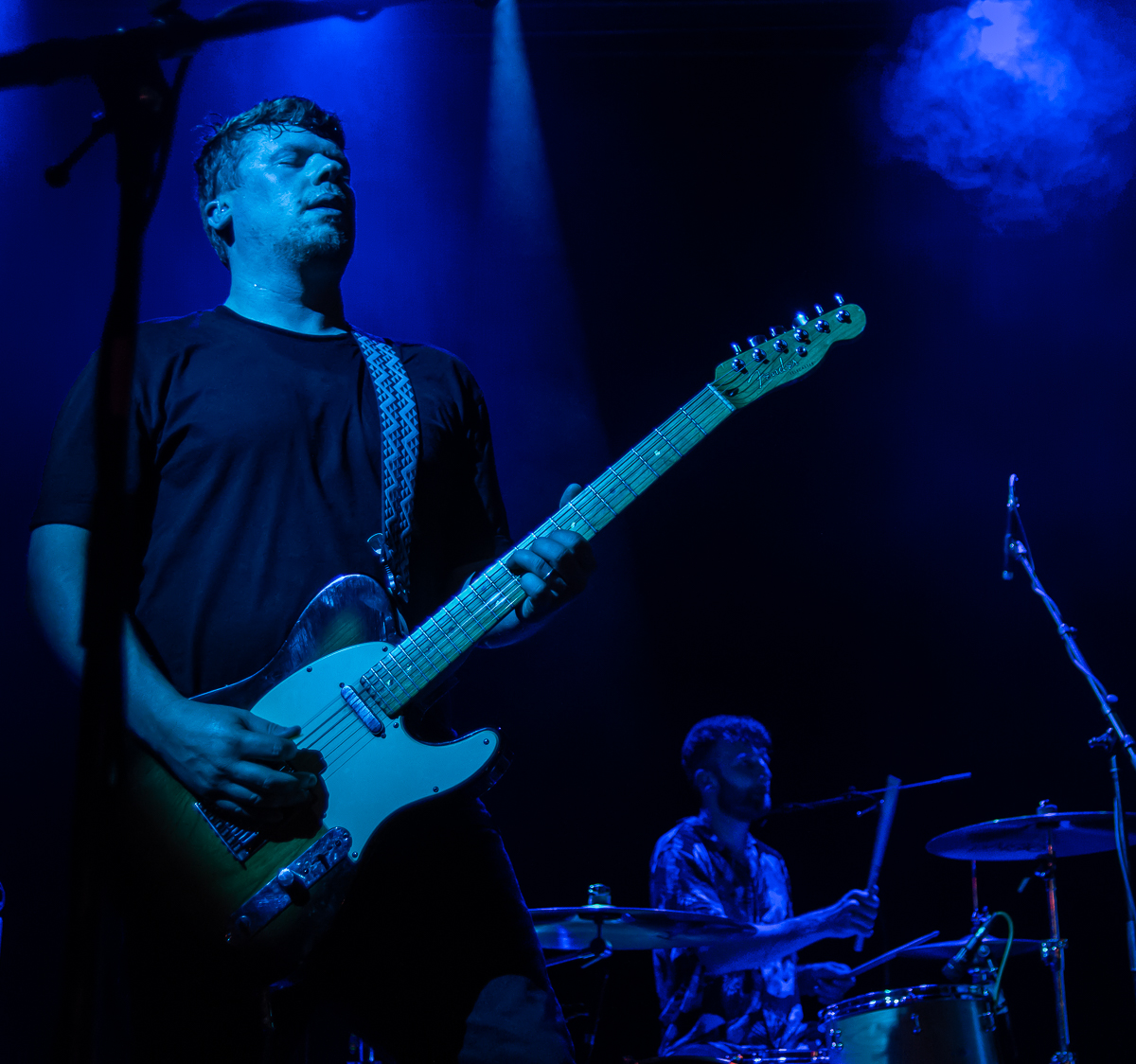 We Were Promised Jetpacks with Breakup Shoes and Anemic Royalty

Scottish indie rock band We Were Promised Jetpacks made a stop recently in Louisville, KY on their current US tour. Although the crowd was fairly light at the start of the evening, by the time the band took the stage, the venue had filled up with a sizeable crowd. Starting things off this evening was local party punk band Anemic Royalty. These guys were having a lot of fun on stage and made sure the crowd was having fun too! Being a local band, they had friends and family in the crowd and many local fans who were all singing and dancing and having a great time. Towards the end of their set they announced that their debut album is coming out on October 29th, which is exciting news for the band and for their fans! Next up was Phoenix-based alternative rock band Breakup Shoes. Having formed in 2014, they have released a series of albums, EPs and singles over the years, with a nice variety of songs comprising their set list. Alternating between slower, more melodic songs and faster, more upbeat ones, they had the crowd engaged and having fun for the entirety of their set, with singer and front man Nick Zawisa chatting with the crowd on several occasions. Closing things out for the evening was We Were Promised Jetpacks. Starting things off with “Circles and Squares” from their 2011 album In the Pit of the Stomach, they performed a nice selection of songs including “Peaks and Troughs”, “Hanging In”, “Repeating Patterns”, and “The More I Sleep, The Less I Dream”. They also performed several tracks from their latest album, 2021’s Enjoy The View. A very anticipated moment of their set was was they performed their hit song “Quiet Little Voices”, causing the crowd to go wild, jumping up and down and singing, dancing, and hugging each other while singing. Although singer/guitarist Adam Thompson didn’t speak much during their set, their music spoke for itself. They sounded great and were having fun with each other on stage and with the crowd. At the end of the set Thompson told the crowd they had one more, joking that they wouldn’t have an encore nor do the thing where they leave the stage only to come right back out. They stayed on the stage and ended the evening with “It’s Thunder and It’s Lightning”. They put on a fantastic show and gave their fans a really fun night of music and the hope that they perform here again soon!

We Were Promised Jetpacks