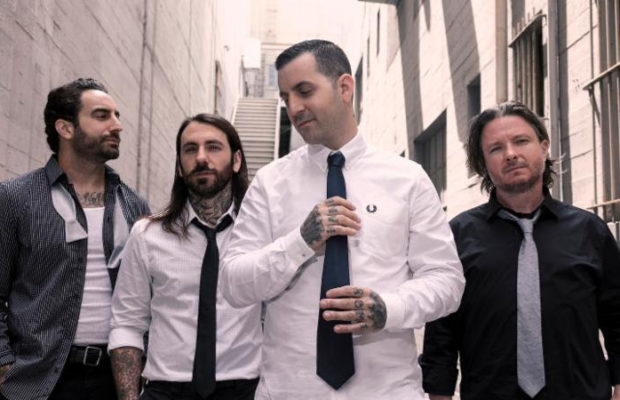 Bayside gave announced a full-band acoustic tour in support of their forthcoming album, Acoustic Volume 2. To celebrate the release, the band invites fans to join them, along with special guest Golds, for an incredibly special evening with an entire set of completely re-imagined songs. The two-part tour kicks off on November 24th in Chicago, and includes stops in Brooklyn, Atlanta, Orlando, Houston, Los Angeles, and more.

Acoustic Volume 2 will be released on September 28th, 2018 via Hopeless Records. The record features one brand new track, “It Don’t Exist,” in addition to ten re-imagined versions of songs from across the band’s discography. Fans can check out the music video for “It Don’t Exist,” which stars actors Jonah Ray (Mystery Science Theater 3000) and Deanna Rooney (Hidden America), here:

With a spirit of deconstruction and re-imagination, Bayside returns refreshed and reinvigorated with Acoustic Volume 2. A blend of instantly recognizable fan-favorites and deep cuts, Bayside’s latest release throws off convention in search of the distilled melodic essence and emotive power of their catalog. These aren’t “stripped down” versions of Bayside songs so much as they are completely new discoveries, refashioned and broadened by possibility.

In every note of the vibrant Acoustic Volume 2, a record that conjures the spirit of classic performances like Nirvana’s MTV Unplugged or The Cure’s most adventurous outings, Bayside serves up a confident reminder of their firmly established place in the rock music landscape. It’s evident – from all of the lyrics tattooed on fans, the cover version and tributes that permeate YouTube, and the obsessive supporters worldwide – why Bayside continues to thrive on the strength of these very songs.