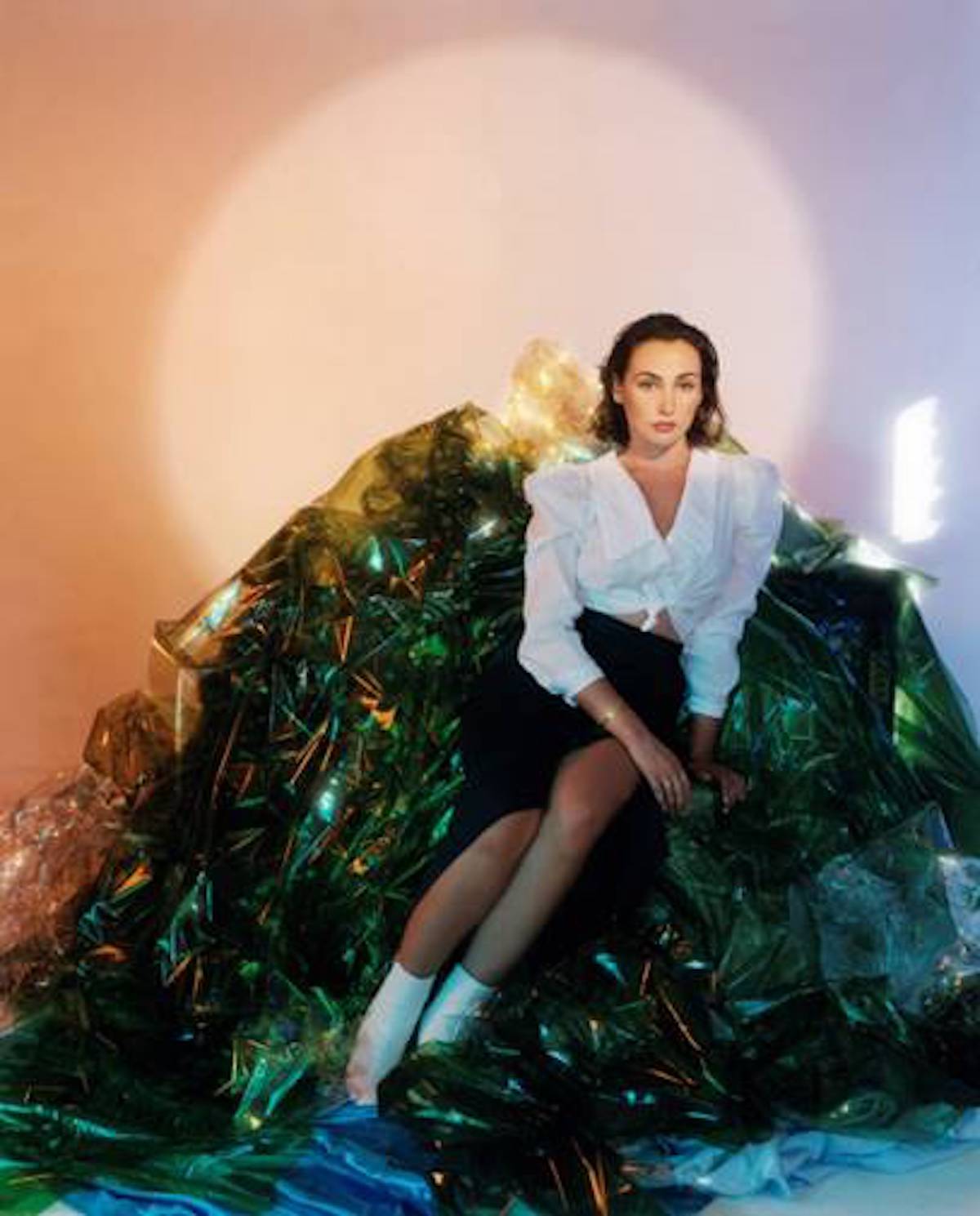 While bravery materializes in a myriad of ways, for solo artist and Grammy-nominated producer/songwriter HARLOE, it entails stepping up to a microphone and singing truth directly from the heart. Stepping out from behind her role as a songwriter and into her own artistry, HARLOE constructs a world of her own in the space between urban grit and high-fashion elegance. Born and raised in Queens, NY, she is an empowered one-woman tour de force, singing, producing and writing all of her music. A gifted vocalist, classically trained pianist, creator of indelible melodies, cut-to-the-bone songwriter, and a badass producer,HARLOE has garnered support from Nasty Gal, PopDust, Eamilk, Vibe, and Milk among others. Her debut EP, Rivers Run Dry, showcases a side of herself that she’s yet to share with the world as she walks through the chaos of life and embraces it making her a force to be reckoned with.

Just before Valentine’s Day, HARLOE released an acoustic version of her latest single “Crush On You”, a confessional about a relationship that has ended while still cherishing the moments that will always stay with you.  The original version of “Crush On You,” which was released alongside a stunning new video (you can watch the video HERE), is off of HARLOE’s debut EP, Rivers Run Dry, out March 13th via Roc Nation and produced by Grammy-winning, multi-platinum record producer and songwriter Fred Ball (Rihanna, Eminem, Ariana Grande, Beyoncé & JAY-Z).  “”Crush On You” is meant to tell the story of what happens when love evolves and changes and you let it go. Certain people come into your life and when they leave, something will always remind you of them,” HARLOE shares.  “In the video, what I wanted to do was to show the moving bodies as representation of a moving relationship where there’s push and pull and it’s never really ended.  We play a lot with shadows and mirroring each other because it feels like when something is over and falls apart, they leave a mark on you and you carry them wherever you go.”  “Crush On You” will join previously released singles “One More Chance” and title track “Rivers Run Dry”. HARLOE is a cut-to-the-bone songwriter and badass producer who earned a Grammy nomination for her co-writing on Ella Maia’s 2019 self-titled album and co-writing/production on Kelly Clarkson’s 2017 album, Meaning of Life. She also wrote and was featured on Robin Schulz’ “All This Love,” which has garnered over 59 million streams.  You can follow HARLOE and stay up-to-date on all upcoming artist, music and tour news, as well as stream and purchase her music, via the following links.  Photo credit: Kate Biel.