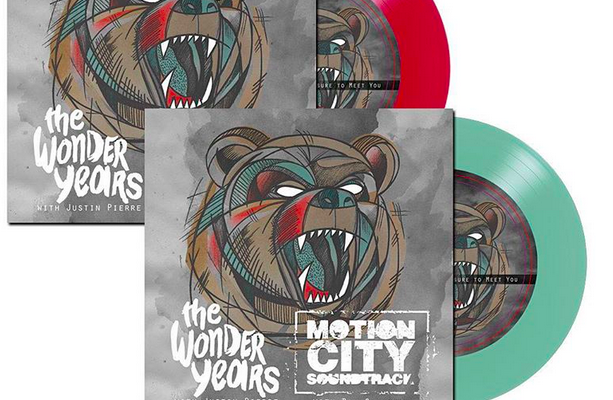 Motion City Soundtrack and The Wonder Years have teamed up to release a split 7″ in honor of their upcoming tour. The album artwork can be seen above, and pre-orders begin on October 9th. Read the official statement from the band below and head here to see the dates of the tour and buy tickets.

We’re excited to announce a very limited Tour 7” with Motion City Soundtrack. If you purchase(d) a VIP Package from TWY or MCS, you will receive a code which will give you first dibs to purchase the 7″ on Oct 9th. General On Sale goes up on the 12th. It will be first come first serve and while supplies last as it’s very limited.